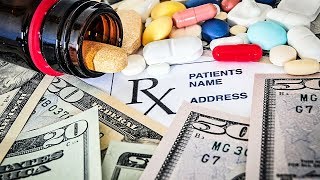 After handing huge tax cuts to the country's richest people and taking away health care insurance for millions, Donald Trump took another giant step toward abandoning his populist agenda last week. Instead of having Medicare negotiate to bring drug prices down, Trump put out a plan that is focused on making foreign countries pay more for drugs.

The most immediate and direct effect of this effort, insofar as it succeeds, will be to increase the profits of the major US drug manufacturers. This is a high priority for all those people who own lots of stock in Pfizer and Merck, but it is not a real goal for the other 99 percent of the country.

It's true that higher profits could lead to some additional spending on innovation in future years. But just like the claim that the corporate tax cut will lead to a huge flood of investment, good luck trying to find it in the data.

It is also wrong to imagine that the other 99 percent benefit when Pfizer and Merck can get more profits by making our trading partners pay higher prices. First, insofar as foreigners pay Pfizer and Merck more for drugs, they will have less money to buy US car parts or Boeing planes. Other things equal, insofar as Trump's crusade for higher drug prices succeeds, we can anticipate a larger trade deficit in manufactured goods. This ought to cheer up his supporters in the industrial states.

It gets even worse. As people familiar with negotiations know, if you get more concessions in one area, you get less in other areas. This means that if Trump can pressure our trading partner into paying our drug companies higher prices, he will be less able to use pressure to open doors for US exports. This is yet another way in which he is abandoning US manufacturing workers to increase drug company profits.

While Trump is making his Big Pharma First agenda clear, we should be thinking more carefully about a reasonable agenda for drug prices. In this context, we have unfortunately allowed reality to be turned on its head.

Most of the discussion proceeds as though we want the government to intervene in the market to bring drug prices down. In fact, the reason drug prices are high is the government has intervened by giving drug companies patent monopolies and related forms of protection.

Without these government-granted monopolies, drugs would almost invariably be cheap. Few drugs are expensive to manufacture. In some cases, high-quality generic versions in India cost less than one percent of the price of the patent-protected drug in the United States. In the free market, drugs are cheap. It is government-imposed patent monopolies that make them expensive.

Patents do serve the purpose of providing an incentive to innovate and develop new drugs, but the question is whether they are the best mechanism for this purpose. Patent monopolies mean that we are asking people who are sick and dying to pay for research that has already been done. It's like having the people whose house is on fire cough up the money to finance the fire department.

It doesn't help that the payers are often third parties, like private insurance companies or the government. In this case, we are expecting people facing serious health problems, and/or their families, to devote their efforts to lobbying to have the cost of their drugs covered.

There are alternatives, most obviously just paying for the research upfront. The federal government already spends more than $30 billion a year on biomedical research, mostly through the National Institutes of Health. While most of this money supports basic research, the government could double or triple this funding to finance the development and testing of new drugs. With this policy, all new drugs could be sold as generics.

Not only would this policy give us cheap drugs, it would likely give us better and more honest research. While the private sector could still do the bulk of the research, a condition of getting a government contract would be that all findings are made public as soon as practical.

This means that it would be possible to determine which drugs are best for specific patients. For example, some drugs might be better for men than women or be more likely to have serious side effects for some types of people. If the test results were fully public it would be easier for doctors to pick the best drug for their patients. It would also provide important information to other researchers about where gaps in treatment exist, which may not currently be recognized.

Dr. Dean Baker is a macroeconomist and Co-Director of the Center for Economic and Policy Research in Washington, D.C. He previously worked as a senior economist at the Economic Policy Institute and an assistant professor at Bucknell University. (more...)
Related Topic(s): Drugs; Health; Medicare; Merck; Pfizer; Pharmaceutical Industry; Trump Executive Order, Add Tags
Add to My Group(s)
Go To Commenting
The views expressed herein are the sole responsibility of the author and do not necessarily reflect those of this website or its editors.