But progressives need to be more than just anti-Trump. 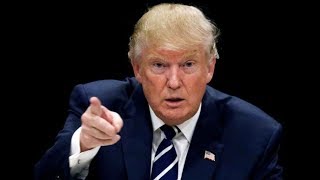 The best moment for Donald Trump's presidency came in the early hours of November 9, 2016, when the "billionaire populist" claimed a victory that surprised him as much as it did the rest of the world. It's been downhill for Trump -- and the United States -- ever since. The final count revealed that Trump actually lost the popular vote by "nearly 2.9 million and only stumbled into the White House because an archaic Electoral College system allows losers to assume the presidency.

Trump has never come to grips with the reality that more Americans wanted Hillary Clinton as their president -- "a fact confirmed by the tweeter in chief's obsessive griping about his former rival, his outlandish claims about "illegal voting," and his appointment of a "very distinguished" voter-fraud panel that is itself a fraud. Yet even as the popular-vote loser on election night, Trump was viewed a good deal more favorably than he is now, after nearly a year of reckless governing.

Trump garnered 46 percent of the vote last November; now the Gallup tracking poll puts his approval rating at just 33 percent -- and there's good reason to believe those numbers will crumble as Americans absorb the news that the president's former campaign manager is under indictment for "conspiracy against the United States," tax fraud, money laundering, and other charges.

The measure of Trump's presidency, like that of Richard Nixon's, may ultimately be made with investigations, indictments, and articles of impeachment. But even if Robert Mueller's inquiry into alleged Russian involvement in the 2016 campaign falls short of taking Trump down, it confirms the assessment of former White House counsel John Dean, who knows a thing or two about what happens when a president goes off the rails. In June, Dean argued that Trump's firing of FBI director James Comey should be seen as "the worst mistake of his young presidency, because the hamfisted manner in which he handled it resulted in Deputy Attorney General Rod Rosenstein -- who is filling in for the recused Attorney General -- having no choice but to select a special counsel to continue the Justice Department's investigation into the hacking of the 2016 presidential election by the Russians."

Related Topic(s): Inequality; Trump Bully In Chief; Trump Insults; Trumpism; Year In Review, Add Tags
Add to My Group(s)
Go To Commenting
The views expressed herein are the sole responsibility of the author and do not necessarily reflect those of this website or its editors.