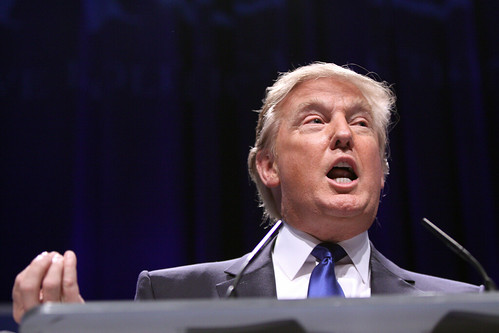 During the vice presidential debate on Tuesday night, when the subject turned to foreign policy, Trump campaign HQ zapped out a press release headlined, "Donald J. Trump's Plan to Defeat ISIS and Make America Safe Again." This was curious, because throughout his presidential bid, Trump has proclaimed that he has a "secret" plan for defeating the murderous Islamic extremist group that controls parts of Iraq and Syria. He has refused to reveal it, claiming that would tip off the enemy.

But he has also promised that in the first 30 days of a Trump administration, he would ask the generals for an anti-ISIS plan. Which is confusing because he has also said he knows more about ISIS than the generals and that he would fire most of the generals. Still, at the same time, Trump brags that he does have his own plan that he can share publicly. That's what he sent out and what's posted on his campaign website. Yet here's one big rub: It's essentially the same plan as President Barack Obama's and Hillary Clinton's.

David Corn is  Mother Jones ' Washington bureau chief. For more of his stories,  click here . He's also  on  Twitter  and  Facebook .  RSS  |  TWITTER  David is (more...)
Related Topic(s): Donald Trump; Hillary Clinton; Isis; Obama; Syria, Add Tags
Add to My Group(s)
Go To Commenting
The views expressed herein are the sole responsibility of the author and do not necessarily reflect those of this website or its editors.