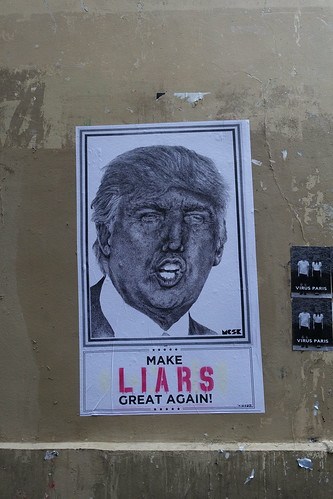 Trump also promised to completely eliminate the federal debt. Instead, the debt has risen by 16 percent during his tenure, and his massive tax cut for the wealthy and corporations added a hefty $1.8 trillion to the federal deficit.

And who could forget when he repeatedly promised to "Drain the Swamp" on the campaign trail? This has turned out to be yet another broken promise.

Trump has packed his administration with former lobbyists and corporate executives.

In total, nearly 300 lobbyists now work in the Trump administration, many in key positions overseeing the industries they used to lobby for.

Meanwhile, Trump is personally profiting from the presidency as he caters to his billionaire donors at the expense of the American people.

Just days after his tax bill became law, he told his wealthy friends at Mar-a-Lago, "You all just got a lot richer."

Our new video dives into all the ways Donald Trump has made the swamp even swampier.

Trump has ushered in a full-blown corporate takeover of our government.

In order to truly stop the corruption of our democracy, we have to fix what's broken. We must get big money out of politics, end the flow of lobbyists in and out of government, and strengthen ethics laws.

The swamp was there before Trump got to Washington. One of the first tasks of the next president must be to drain the swamp and make sure our government works for the people, not corporations and special interests.

Related Topic(s): Corporations; Donald Trump; Donald Trump Lies; Donald Trump Versus The Constitution; Draining The Swamp, Add Tags
Add to My Group(s)
Go To Commenting
The views expressed herein are the sole responsibility of the author and do not necessarily reflect those of this website or its editors.