Just as conservative politicians easily use racism to generate votes, power, and money, the murder of Martin Luther King Jr. was also the result of racism for profit and political gain.

By Thom Hartmann and *Lamar Waldron 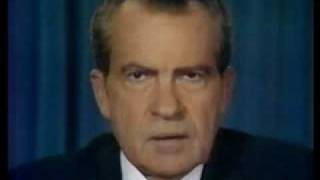 April 10th marked the 50th anniversary of the funeral of assassinated Civil Rights leader Dr. Martin Luther King Jr., capping a week of extensive press coverage about his life and death. However, all that coverage missed two key points that are even more important today than in 1968, when King was killed.

First is the matter of who paid for Dr. King's assassination. None of the recent press coverage noted that an extensive congressional investigation of King's murder "concluded that there was a likelihood of conspiracy" in King's assassination, and that "financial gain was [James Earl] Ray's primary motivation." Newly released files -- previously withheld by the FBI from Congress -- now show who paid for King's murder, and why.

The second major point overlooked by the press coverage is how Richard Nixon's racially divisive "Southern Strategy" of 1968 led directly to and paved the way for Donald Trump's successful racist campaign and governance strategy, with Paul Manafort being the surprising connection.

For two generations, conservative leaders -- from politicians to billionaires to media figures -- have used Nixon's proven techniques of "Fear, Ignorance, Bigotry and Smear" (FIBS) to divide-and-conquer white working-class Americans and acquire political power. In the absence of our media calling them out for FIBS, Nixon's strategy has repeatedly produced a Republican president and Congress, and held a right-wing Supreme Court.

But the most recent presidential race especially showcased the "Bigotry" part of Nixon's successful formula, in particular his "Southern Strategy," which allowed Nixon to use coded racist appeals designed to secure racist voters without turning off moderate voters.

For example, Nixon could avoid using the more direct racist appeals of a candidate like George Wallace by focusing instead on issues like his opposition to "forced busing" and his support for "preserving neighborhoods."

Nixon could proclaim himself the "law and order" candidate in public, all while in private he was involved in shady real estate deals, getting huge sums (legal and illegal) from corporations and his wealthy supporters (including foreign dictators who funneled money to him personally and supported his campaigns), and even committing treason (sabotaging LBJ's Vietnam peace deal in 1968) to win the election.

If those techniques sound familiar in the age of Trump, it's no accident.

In 1980, Manafort was the Southern campaign coordinator for candidate Ronald Reagan. In that capacity, Manafort had Reagan speak at a county fair in Mississippi just a few miles from where three Civil Rights workers (Goodman, Chaney, and Schwerner) were murdered by racists in 1964.

Instead of using his speech to condemn those killings, Reagan instead spoke of his support for "states' rights," a term racist Southern politicians used in the 1960s to justify their discrimination and Jim Crow laws. (The term was so well known that the notorious white supremacist -- and convicted church bomber -- J. B. Stoner named his organization the National States' Rights Party.)

Related Topic(s): Conspiracy; Hate Groups; Hate-Racism-Bigotry; Nixoncare; Paul Manafort; Racism; Republican, Add Tags
Add to My Group(s)
Go To Commenting
The views expressed herein are the sole responsibility of the author and do not necessarily reflect those of this website or its editors.