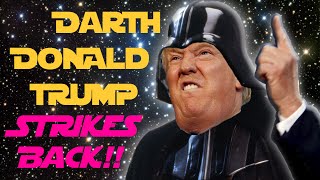 I now understand the term "political junkie." For better or worse, there is no denying The Trump Show is an international phenomenon. How could it be "for better?" Well, if the Mueller and other investigations result in revelations of Trump criminality and corruption, who knows how many high and mighty Republican political figures will crash and burn with him? Dare we say, perhaps the death of the Party itself? Or at least a serious course-correction.

We can only hold our breath and hope the rest of the world will be able to separate the madman from the country and forgive us our electoral sins. It shouldn't be too difficult if it's proven that Putin's dirty fingers were involved.

But there it is, on TV 24/7. It's impossible to look away. I've taken to recording CSPAN Capitol hearings and scouring White House transcripts. Saturday I was up until 3:00 AM watching reruns of news programs I missed earlier that day. I routinely watch MSNBC with one eye and read the Washington Post live feed with the other. And another confession -- it's riveting. And addictive. Seriously, if the man didn't have the launch codes it would be the most entertaining reality TV show in history. And there is no denying the star power of its host. Trump has succeeded in becoming the most famous man in the world. I'm sure Hitler did too, in his day, but this level of celebrity is beyond any modern comparison.

So just to illustrate how much The Trump Show has taken over my life, here is my MLK weekend in a nutshell. We were supposed to spend a quiet weekend in the mountains. Didn't quite work out that way:

2pm -- Mike and I pre-record the program so we can get a jump start of the traffic when we head up to the mountains.

5pm -- We see our daughter Molly safely on the travel bus with her choir-mates as they head to Orlando for a three-day trip to Universal Studios, with performances. We're listening on the radio as the SHITSTORM news hits the airwaves. It seems the president characterized entire countries and continents as "shitholes" and lamented the fact that we don't have enough Norwegian immigrants. Surely this is the last straw. What rational politician could support him after such blatant racism -- and on MLK weekend?

6pm -- It is revealed that minutes after Trump made the "shithole" comment he recorded a message honoring Dr. Martin Luther King, Jr. Surreal.

6-9pm -- We make the three-hour drive north as we listen to non-stop coverage on SIRIUSXM, stopping only to pee and let the dogs run around.

11pm -- Crawl into bed and watch Brian Williams. Scan online news agencies for verifiable sources of the stories. Tweet and retweet. Marvel at how this maniac has managed to remain in office an entire year.

8am -- Wake up and turn on TV, grab phone, see what we missed overnight. Trump tweeted... "The language used by me at the DACA meeting was tough, but this was not the language used. What was really tough was the outlandish proposal made -- a big setback for DACA!" Hmmmm -- what kind of "tough" language could he mean? Saying Haitians all have AIDS? Talking about Africans returning to their huts?

Kathy never expected a career in radio as a talk show producer. Born and raised in Atlanta, Georgia, Kathy was completing her nursing degree when in 2001 - in an emergency - she was asked to fill in as the producer of Mike's program. Within a few (more...)
Related Topic(s): Daca; Media; Shithole; Trump Bully In Chief; Trump Cruelty; Trump Ego, Add Tags
Add to My Group(s)
Go To Commenting
The views expressed herein are the sole responsibility of the author and do not necessarily reflect those of this website or its editors.