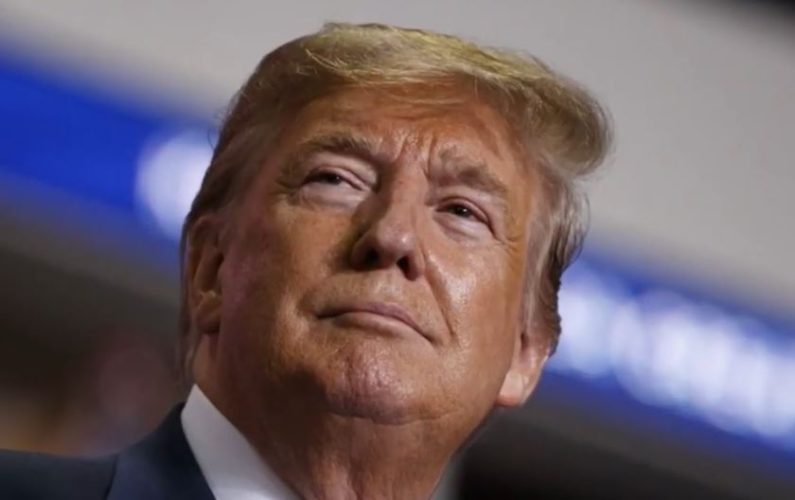 Then came UkraineGate, like a bolt from the sky, courtesy of a Central Intelligence Agency officer, other "national security" operatives and the non-Fox corporate media. In the last week of September, the world learned that on July 25, 2019, the very day (ironically enough) that special Russiagate prosecutor Robert Mueller gave his woefully unimpressive testimony to Congress, Trump called the president of Ukraine, Volodymyr Zelenskiy. During his conversation, Trump used the threat of withholding American military assistance to pressure Zelenskiy into helping Trump's ridiculous personal lawyer, the fake diplomat Rudy Giuliani, dig up political dirt on Trump's perceived 2020 presidential rival, former vice president Joe Biden.

As of now, it appears likely that Trump will be impeached by the U.S. House of Representatives for this technically criminal abuse of power (compounded by Trump's subsequent illegal intimidation of a "whistleblower") before the end of the year. It is unlikely but not unimaginable that Trump will be removed from office by the U.S. Senate early next year.

What shall we make of it on the portside? It's been hard not to enjoy watching Trump and his defenders squirm. Surely there is no public humiliation too great for this racist, sexist, ecocidal and fascist menace who befouls and endangers the world with his presence in its most powerful office.

No left worthy of the label would stand in the way of the constitutional defenestration of the neofascist malignancy. This isn't the oligarchic political class trying to investigate, impeach and remove a President Bernie Sanders for trying to tax the rich and/or slash the Pentagon budget to pay for universal single-payer national health insurance and/or a Green Jobs program. This is about a leading faction in that class-wielding constitutional powers to consider indicting and perhaps even expelling a neofascist menace.

Still, an impeachment that is all or mainly over Trump's Zelesnskiy call threatens to give Trump implicit exoneration for numerous other and bigger, impeachable crimes and abuses. The progressive activist "Roots Action" website gives the following daunting list of offenses for which Trump deserves impeachment: violation of Constitution on domestic emoluments; violation of Constitution on foreign emoluments; incitement of violence; interference with voting rights; discrimination based on religion; illegal war; illegal threat of nuclear war; abuse of pardon power; obstruction of justice; politicizing prosecutions; collusion against the United States with a foreign government; failure to reasonably prepare for or respond to Hurricanes Harvey and Maria; separating children and infants from families; illegally attempting to influence an election; tax fraud and public misrepresentation; assaulting freedom of the press; supporting a coup in Venezuela; unconstitutional declaration of emergency; instructing Border Patrol to violate the law; refusal to comply with subpoenas; declaration of emergency without basis in order to violate the will of Congress; illegal proliferation of nuclear technology, and illegally removing the United States from the Intermediate-Range Nuclear Forces Treaty.

Roots Action should have included Trump's worst offense: the criminal acceleration of ecocide, the biggest issue of our or any time. Trump has brazenly violated his oath to serve the general welfare by doing everything he can to turn the world into a giant greenhouse gas chamber as soon as possible.

Here we would do well to recall Noam Chomsky's criticism of the de facto impeachment and removal of President Richard Nixon. Watergate was about Nixon's breaking of ruling-class norms by needlessly burglarizing the other major imperial party's candidate headquarters.

The Watergate hearings evaded Nixon's and Kissinger's mass murderous bombings of Cambodia, Laos and Vietnam, their criminal support for a fascist coup in Chile, and Nixon's vicious, fascist-style police-state repression of the antiwar, black freedom and radical left movements. Nixon's biggest crimes went un-aired and unpunished. It was officially fine for Nixon to inflict monumental murder and mayhem on anti-imperial freedom fighters, peasants and the left at home and abroad. Nixon's only authorized sin was to have stupidly messed with the other American ruling class and imperial party, the Democrats, at home.

To make matters worse, Trumpeachment under the supervision of corporate and imperial Democrats like House Speaker Nancy Pelosi (D-Calif., net worth of $64 million) and House Intelligence Committee Chairman Adam Schiff and their "deep state" informants is about Trump putting his personal self-interest above a principle that rests on a great imperialist myth: "the national interest."

Trump isn't in trouble for bullying Ukraine. Superpower Uncle Sam bullies other countries all the time. Trump is in hot water because he got caught with his hands in the cookie jar clumsily injecting his selfish domestic political interests into the all-too-standard U.S. practice of imperial coercion. U.S. foreign policy is supposed to be about "the national interest," not the political self-interest of one man who would like to be a king or dictator with the help of other heads of state.

But what is this grand "national interest" the reigning bipartisan U.S. political, intellectual and media cite like some holy incantation, with Democrats and their media allies in the lead in the Age of Trump? The great, prolific American historian Charles Beard was run out of U.S. public-intellectual life for having the audacity to in numerous books, including "The Idea of the National Interest" (1934) and "The Open Door at Home" (1934) that "the national interest" was a veil for ruling class imperialism. Empire, Beard argued, worked against the interests of most U.S. citizens by hitching economic growth to the profit-lust of those atop what would come to be known as the military-industrial-complex -- and by enmeshing the United States in what Beard called (anticipating Orwell) "perpetual wars for perpetual peace."

In the wake of Beard's warnings and observations, the Pax Americana bloomed, spreading U.S. power across vast stretches of the planet. The United States has been enmeshed ever since in an endless series of wars, interventions and conflicts, few if any of which have ever had the slightest thing to do with the United States' "national security." Quite the opposite: the American Empire -- replete now with more than 800 bases spread across more than 100 "sovereign" nations -- has put ordinary Americans at risk at home and abroad while distributing wealth and power upward. The costs of this empire have been born by society at large. The benefits -- including the massive transfer of taxpayer money away from domestic social needs to giant public subsidies for high-tech corporations like Raytheon and Lockheed Martin and global military protection to multinational U.S. corporations and investors -- have reverted to the wealthy few and their political and military agents and allies.

The bloated military-Keynesian Pentagon system has bankrupted social programs, feeding savage domestic socioeconomic disparity while fueling the deadly militarization of society. It has hitched American "prosperity" to a permanent war economy that is helping drive the world over an ecological cliff while constantly developing new super-weapons capable of decimating the world many times over.

Paul Street (www.paulstreet.org and paulstreet99@yahoo.com) is the author of Empire and Inequality: America and the World Since 9/11 (2004), Racial Oppression in the Global Metropolis (2007), Barack Obama and the Future of American Politics (more...)
Related Topic(s): Democracy; Democrats; Donald Trump Racist; Donald Trump Versus The Constitution; Imperialism; Trump Bully In Chief; Trump Impeachment; Trump Warmonger, Add Tags
Add to My Group(s)
Go To Commenting
The views expressed herein are the sole responsibility of the author and do not necessarily reflect those of this website or its editors.