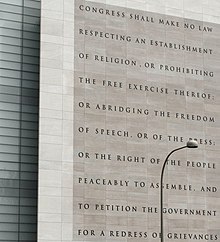 "Online communities like 4chan and 8chan have become hotbeds of white nationalist activity," wrote the editors of the New York Times on August 4 in the wake of a mass shooting in El Paso, Texas. Then: "Law enforcement currently offers few answers as to how to contain these communities."

Wait, what? Is the Times really implying what it looks like they're implying? Yes.

"Technology companies have a responsibility to de-platform white nationalist propaganda and communities as they did ISIS propaganda," the editorial continues. "And if the technology companies refuse to step up, law enforcement has a duty to vigilantly monitor and end the anonymity, via search warrants, of those who openly plot attacks in murky forums."

Translation: The New York Times has announced its flight from the battlefield of ideas. Instead of countering bad ideas with good ideas, they want Big Tech and Big Government to forcibly suppress the ideas they disagree with.

Not so long ago, the Times's editors endorsed a very different view:

"One of the Internet's great strengths is that a single blogger or a small political group can inexpensively create a Web page that is just as accessible to the world as Microsoft's home page. But this democratic Internet would be in danger if the companies that deliver Internet service changed the rules so that Web sites that pay them money would be easily accessible, while little-guy sites would be harder to access and slower to navigate. Providers could also block access to sites they do not like."

Now the Times says providers have a "responsibility" to block access to sites the Times doesn't like. That's quite a change. And an ugly one.

There are plenty of good reasons, both moral and practical, to oppose the suppression of white nationalist and other "extremist" web platforms.

Free speech is a core moral value for any society that aspires to freedom of any kind and to any degree. We must -- MUST -- have the right to form our own opinions, and to express those opinions, no matter how ugly others may find those opinions. Without that freedom, no other freedoms can survive.

As a practical matter, "extremists," like everyone else, will choose to state, promote, and argue for their beliefs. If they can do so in public, those beliefs can be engaged and argued against. If they can't do so in public, they'll do so in private, without anyone to convince them (and those they quietly bring into their circles over time) of the error of their ways. The rest of us won't have a clue what might be in the offing -- until the guns come out, that is.

It's appalling to see the New York Times endorsing an end to the freedom that undergirds its very existence and the prerogatives of every other newspaper and soapbox speaker in America. The only substantive difference between the editors' position and that of the El Paso shooter, allegedly one Patrick Crusius, is that the shooter did his own dirty work.

Related Topic(s): Freedom Of Speech; Media New York Times, Add Tags
Add to My Group(s)
Go To Commenting
The views expressed herein are the sole responsibility of the author and do not necessarily reflect those of this website or its editors.