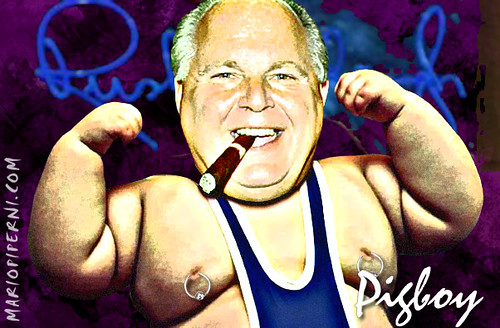 My death will make some people giddy with joy. That's cool. I like to make people happy.

In the unlikely event that I'm somehow able to witness the gleeful grins and chortles of those who savor the sweet news of my demise, I hope that whatever is left of me on the astral whatever will remain sufficiently objective to recognize the fundamental fairness of the celebrants' reaction.

After all, criticizing the dead is one of my things. Rejecting the traditional maudlin obituary cartoon format that depicts every boldface name showing up at the pearly gates to check in with Saint Peter -- why are American political cartoonists so certain that the next world will be configured in accordance with Christianity? -- I have occasionally acquired notoriety by publishing critical observations about such dearly departed figures as Ronald Reagan, Jerry Garcia and other politicians and celebrities whose life stories I believed to have benefited from grade inflation.

I have my take on Jimmy Carter ready to go. Let everyone else dwell on Habitat for Humanity; I'll remind mourning lefties of draft registration, Afghanistan, the Moscow Olympics and setting the stage for the 1980s defense buildup. Also, he was the first Democratic president not to propose an anti-poverty program because apparently no one is poor anymore.

I didn't know Rush Limbaugh but I used to do talk radio so I know some people who did. Based on what I heard I have to think he would have held an analogous opinion on the clinking of champagne glasses in Berkeley and the Upper West Side that followed news of his passing. He would have been pleased. What he wanted, what we who express opinions for a living all want, was to be heard and reacted to.

They say Limbaugh was actually pretty sweet. He just said mean things on the radio. "What is sad is that such an imbecile and such an ignoramus ends up as a prominent cartoonist in major newspapers," he said about me, and who knows? Maybe he was right. Perhaps he would have been courteous in person. I'm just happy he noticed my work.

I speak ill of humans who are no longer breathing, famously and infamously so. The typical response to body-still-warm criticism is that it's too soon, let the family and friends mourn, cold-blooded assessments of a life well-lived or not so much should await some unspecified future moment. That's dumb. There will never be a more perfect time to judge a person's achievements and failings than the hours following a man or woman's demise. Years later, when it's appropriate, who will care?

Limbaugh gave as good as he got, usually better, and if anyone is above criticism it's not him. But much of the ding-dong-the-witch-is-dead rhetoric on Twitter and various op-ed pages goes beyond celebrating the death of a formidable adversary, which Limbaugh surely was to anyone on the left. It conflates political disagreement with moral judgment.

Declaring someone to be immoral because you don't like their opinions is intellectually dishonest. Hate Limbaugh, hate Hillary Clinton, hate me, but judge our moral lives by the way we lived, not whether or not you agree with us. I hate it when readers tell me that I drew a good cartoon simply because they agree with its point of view; some of the best cartoons I have ever read expressed politics that I despise.

What really galled liberals about Limbaugh was his success, his incredible effectiveness. Imagine, though it's scarcely possible, the progressive analog of the man who singlehandedly revolutionized talk radio. You could drive hundreds of miles across highways where Limbaugh's voice was the only one on the dial, only to reappear on the next local station as the old one faded out. He brilliantly exploited dead air and an unusual-for-radio voice with hilarious bombast with tongue planted firmly in cheek whether his dittoheads knew it or not.

Though he wound up his career as a fairly rote Trump Republican, Limbaugh first made his mark as a conservative who criticized the GOP for failing to live up to the right-wing values he articulated and held them to account. He mobilized an army. As much as Buchanan, Reagan and Trump, he defined the ideological and attitudinal contours of today's emboldened Republican Party. Had Al Franken managed to guide the benighted Air America -- take a sec to Google it to similar heights, Democrats would have a filibuster-proof majority in the Senate and Bernie Sanders would be beginning his second term. Who knows how many economic sectors would be nationalized by now?

What if Al Franken or Rachel Maddow (who got her start on Air America) dominated 15 hours a week of top-rated radio in every single market, and hundreds and hundreds of stations, for decades before succumbing to lung cancer? What if they had succeeded in pushing the 50-yard line of politics as far left as Limbaugh did to the right? It is a safe bet that, if such criticism could credibly apply, no Democrat would take note of Franken or Maddow's marital problems, substance abuse, intemperate language, cigar danger denialism or alleged egotism. They might even pick up, as Limbaugh did from Trump in an episode that enraged liberals, a Presidential Medal of Freedom from President Biden.

About Limbaugh's supposed egotism: I am endlessly amazed by Americans' inability to recognize humor expressed by a partisan expressing an opposing political point of view. Limbaugh "once introduced himself with a pomposity and self-aggrandizement that, to this day, takes the breath away," Colbert I. King writes in the Washington Post: "This is Rush Limbaugh, the most dangerous man in America, with the largest hypothalamus in North America, serving humanity simply by opening my mouth, destined for my own wing in the Museum of American Broadcasting, executing everything I do flawlessly with zero mistakes, doing this show with half my brain tied behind my back just to make it fair, because I have talent on loan from God."

Note to King: this is a joke. It's so much of a joke that even if he meant every single word, it transcended the artist's original meaning to become a joke he never intended. Seriously, though, take it from this leftist. It's like that time Donald Trump asked the Russians to look for Hillary Clinton's missing emails. It was a joke, everyone knew it was a joke. Democrats looked stupid for pretending it wasn't or, worse, not recognizing it.

Go ahead, hate Rush. But it would be smarter for lefties to copy him.

Related Topic(s): Criticism; Hate Radio; Hate Speech; Republican; Rush Limbaugh, Add Tags
Add to My Group(s)
Go To Commenting
The views expressed herein are the sole responsibility of the author and do not necessarily reflect those of this website or its editors.