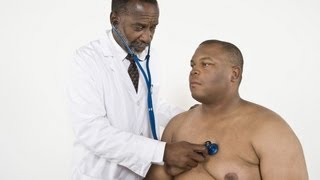 The Republicans, who are famous for telling us that tax cuts for the rich pay for themselves, are tossing us another one from their cheap trick bag this election season. They tell us that they want to guarantee that people with preexisting conditions can get health care.

This is exactly the opposite of the policies they are pursuing. The Republicans are doing everything they can to make it so that people with serious health problems pay more for their health insurance.

The basic point is very simple. There is an enormous skewing of health care costs based on people's health. Most of us are lucky enough to be in reasonably good health most of our lives. That means we can generally count on facing low health costs in any given year.

Insurers love healthy people for the simple reason that they don't cost them any money. A person in generally good health is essentially just sending the insurer a check every month for nothing.

On the other hand, they really hate the people who have health problems like heart conditions, epilepsy, cancer, etc. These people cost them lots of money.

This is the reason that before the passage of the Affordable Care Act (ACA), insurers often either refused to insure people with serious health conditions or they charged them premiums based on their expected costs. This could mean premiums of tens of thousands of dollars a year, which are unaffordable to all but the rich.

The ACA was designed to make it so that insurance would be affordable for people with health problems. This required two parts. The first was to prevent insurers from discriminating based on people's health. They were required to charge the same rate, regardless of health, for people of the same age.

The other part of the story was requiring that everyone be in the same insurance pool. Including people with health issues in the pool raises the cost, which means that many healthy people will opt not to get insurance given the choice.

The ACA did not give people this choice. It required that healthy people buy insurance. Including healthy people in the pool is the only way to keep insurance affordable for people with health problems.

The Trump administration and Republicans in Congress are working as hard as they can to make it possible for healthy people to get out of insurance pools. This is exactly the reason that they have promoted "short-term" insurance plans that do not meet the general requirements for the ACA.

These short-term insurance plans, which the Trump administration proposes to allow people to renew for up to three years, are not governed by the same rules that apply to the insurance plans in the exchanges created by the ACA. They do not have to cover a wide variety of conditions. They are designed to be unattractive to people who have serious health issues.

And, then the cost of insurance will have to rise to cover the cost of serving a less healthy population. This means that people with serious health conditions will again find insurance unaffordable, just as was the case before the passage of the ACA.

None of this is an accident; it is by design. The Republicans are trying to make insurance unaffordable for people with preexisting conditions, just as surely as Tom Brady is trying to get touchdowns and Max Scherzer is trying to get strikeouts. This is exactly the point of their policy of giving healthy people the option to get cheaper insurance.

Dr. Dean Baker is a macroeconomist and Co-Director of the Center for Economic and Policy Research in Washington, D.C. He previously worked as a senior economist at the Economic Policy Institute and an assistant professor at Bucknell University. (more...)
Related Topic(s): Gop; Health Care Costs; Health Care For America Now; Money; Republican, Add Tags
Add to My Group(s)
Go To Commenting
The views expressed herein are the sole responsibility of the author and do not necessarily reflect those of this website or its editors.