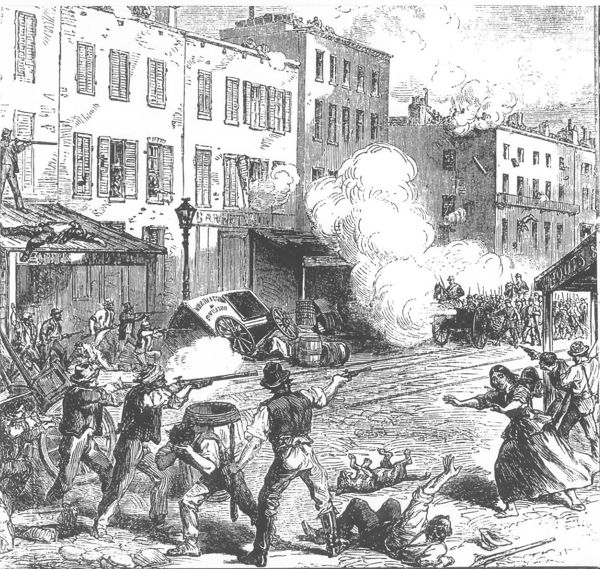 In a rare moment of moral clarity, US Senator Tom Cotton (R-AR) points out that "America's daughters shouldn't be drafted against their will."

As a member of the Senate Armed Services Committee, the usually bellicose Cotton voted against advancing the upcoming National Defense Authorization Act after committee chair Jack Reed (D-RI) added an amendment requiring women between the ages of 18 and 25 to register with the Selective Service System.

It's good to see Cotton on the right side of an issue, as happens occasionally (very occasionally). And the NDAA, being mostly unrelated to anything resembling actual "national defense," deserves to go down hard for many, many reasons.

But where's Cotton's opposition to requiring MEN to register for the draft?

In the early 1970s, the US armed forces transitioned to an "all-volunteer force" after drafting 2.2 million men into its Vietnam war machine between 1964 and 1973. About 1.5 million Americans were drafted for the Korean War, 10 million for World War 2, and 2.8 million for World War 1. Draft registration ended in 1975, but resumed in 1980.

Fortunately, even during the darkest days of the "nation-building" fiasco in Afghanistan and the naked aggression of the US invasion and occupation of Iraq, Congress quailed from reinstating the draft and allowed the military to lower recruitment standards instead (perhaps explaining how a sociopath like Tom Cotton became an infantry officer).

But nearly half a century after the last involuntary induction, the shadow of potential conscription still looms over young Americans.

In fact, many states have moved against the ability to resist draft registration as a form of civil disobedience (as a brave handful of Americans, including prominent libertarian commentator and personal mentor Paul Jacob, went to prison for doing in the early 1980s) by automatically registering males who apply for driver's licenses or state ID cards. Both of my kids received postcards from Selective Service "thanking" them for registering, even though they never did so (the state of Florida did so "for" them).

Supreme Court rulings to the contrary notwithstanding, conscription is clearly unconstitutional under the 13th Amendment: "Neither slavery nor involuntary servitude, except as a punishment for crime whereof the party shall have been duly convicted, shall exist within the United States, or any place subject to their jurisdiction."

Instead of registering women for potential slavery, draft registration should be ended, entirely and permanently.

Related Topic(s): Draft - Conscription, Add Tags
Add to My Group(s)
Go To Commenting
The views expressed herein are the sole responsibility of the author and do not necessarily reflect those of this website or its editors.