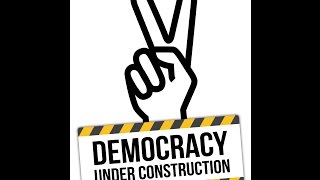 So we've finally seen some of the social media ads which we are told skewed the entire election in 2016 and constituted a key part of the internet assault on America launched by Vladimir Putin's "troll army." Scary stuff, blazoned across front pages and screen scrolls everywhere. But before going on, perhaps we should find out what makes a social media account part of Putin's invasion force?

Well, according to Twitter, it is ANY account created in Russia. Or any account where the user has a Russian email address. Or if their name contains Cyrillic characters. Or if they ever tweet in Russian. Or if they have ever logged in from any Russian IP address -- even a single time. Twitter says: "We considered an account to be Russian-linked if it had even one of the relevant criteria."

Not even Glenn Beck would draw so many far-fetched connections. One glance at the Twitter criteria tells you that it could enroll every single Russian dissident into Putin's "troll army." I personally know several people in Russia who are adamantly opposed to Putin and all he stands for -- and have put their lives on the line for their beliefs. According to Twitter -- and the US Congress, the mainstream media, the Democratic Party and innumerable liberal commentators -- these people are also part of Putin's "troll army."

Even a single log-in from any Russian IP address makes you part of the troll army. (What if you were visiting Russian dissident friends and checked your Facebook on their computer? Why, you're a Kremlin stooge, pal, and don't try to deny it.) Even people who have left Russia -- maybe even fled from Putin -- but still use their native language in their tweets can now be counted as part of the troll army. Essentially, any social media post that can be remotely tied to Russia in any possible way can be seen as part of Putin's assault on American democracy -- no matter what it says, who wrote it, or where they wrote it, or why.

This is madness. Absolute madness. It demonizes and criminalizes Russians and people connected to Russians far more extensively than we saw even in McCarthyite times. At least in those days, a Russian dissident couldn't be accused of being a Kremlin stooge for writing a communication in his or her native language. Or using the Russian postal service. But that's where we are now.

So back to those ads. Congressional committees have released images of "Russian-linked" ads which apparently "reached" 150 million Americans. I assume that means they appeared somewhere on a social media page of 150 million Americans at some point; how many people read them or even noticed them is another matter. Of course, the social media companies like to pretend to advertisers that readers devour every ad and promoted post; that's how they make their money, after all. But apparently no one in Congress uses social media; if they did, they would know that normal human beings ignore 99 percent of the ad crap that litters their Facebook and Twitter feeds. But anyway, after many months, we've at last seen some of these history-changing ads which came, according to criteria that are never quite clear, from Russia's "troll farms."

What did we see? Hillary Clinton in a devil costume boxing with Jesus. A Clinton-backing Satan arm-wrestling with Jesus. Pro-gun memes. Anti-immigrant memes. Memes about military-hating Democrats. Basically, the same sort of things your cranky uncle or Foxicated cousin has been sending around on email for the past 20 years.

The idea that someone could be dissuaded from voting for Hillary Clinton because of something like this is absurd. ("Ah was sure gonna vote for Mizzus Clinton until Ah saw Jeeezus didn't like her none! Now Ah'm votin' fer Trump!") Anyone "swayed" by this kind of thing would already be committed to voting for Trump or any rightwing candidate. Yet we're supposed to believe that a handful of crude ads like this were far more effective than Clinton's hundreds of millions of dollars worth of ads. If that's the case, then Madison Avenue should hire Putin; he's the new Don Draper.

This has nothing to do with the Trump campaign's obvious scheming for advantage with any dirty dealers they could find, including the Russians. (Although even the worst allegations of Trump's collusion fall far short of the Reagan-Bush pre-election deal with the Iranians to keep holding Americans hostage until after the 1980 vote. There were mountains of credible evidence about this coming out after the equally treasonous Iran-Contra scandal --until Bill Clinton quashed the investigation, as he did other probes into Bush 1. Now, of course, George Herbert Groper Bush refers to Clinton as his "son." Yet a company I once worked for had a financial adviser who spent hours bragging how he and his cronies funnelled millions of dollars in dirty money from Europe into Bush 1's secret campaign slush fund in '92. I know we're supposed to love the Bushes now, but the record of their corrupt collusion with dirty dealers, foreign and domestic, to subvert the democratic process could fill a library.)

And no, this is not to say Russia wasn't monkeying around in American politics -- as foreign powers have done since time immemorial, and as the US has done, to the nth degree, in the politics of other countries (including just invading them and overthrowing the government). But this seems to be a dangerous focus to me. First of all, it distracts from the very real and very vast damage that Trump's administration is wreaking on the American system -- and the natural environment -- through the actions of his appointees. What Scott Pruitt is doing at the EPA, for example, far outweighs the negligible (and unprovable) effect of a few Facebook ads.

Second, it is driving us toward more and more constrictions on free speech, while also putting tech companies in charge of deciding on the political "trustworthiness" of websites, news organizations and individuals. Is this what we want? I'm not talking about open hate sites or calls for violence; I'm talking about the parameters we're seeing used by the many groups suddenly springing up to determine "Russian influence." Some of these guidelines include "material critical of US policy in Syria" or of US policy in general, or even stories about BLM or the pipeline protests. These groups -- some of them anonymous, some of them made up of neocons and warhawks -- are supplying the "information" being used in most news stories and Congressional hearings on the subject. Is this what we want? Google and a gaggle of anonymous militarists to determine whether we are following the correct political line or not? To be able to accuse anyone who questions US policy of being a Russian dupe or even a Russian agent? Is this really where we want to go? Because that's where many Democrats are taking us.

It's all a bit confusing. First we were told that Macedonian teenagers had swayed the election with fake news posts. Then we were told that Vladimir Putin personally directed a campaign to "hack" the election with his troll army, because he had made a deal with Donald Trump and hated Hillary Clinton. Now it turns out that many of the ads and posts from the nebulously-defined "troll army" also attacked Trump or dealt with controversial (and clickbaity) political topics -- guns, BLM, etc. -- from all sides of the political spectrum -- so we're told that Putin didn't want Trump to win either, he just wanted to sow chaos in the United States. (Now, why a Russian leader -- even a brutal authoritarian like Putin -- would want to see a country with a thousand nuclear missiles pointed right at him break down into unstable chaos where anything might happen, including a nutball president launching a nuclear war, is hard to fathom.)

What really happened in 2016 is this. Hillary Clinton ran a very bad campaign (just as she did in 2008), depending on computer models and vacuous, contentless advertising and celebrity endorsements, playing fast and loose with the nominating process, and offering a nation hankering for major change little more than "it's my turn now." She didn't campaign in the economically ravaged areas where a sliver of voters turned the Electoral College vote. She did have an actual public record (not the rightwing fantasy) that legitimately made actual "progressives" find her candidacy distasteful (although the overwhelming majority of them voted for her anyway). And yes, she faced an onslaught of outrageous lies and scandal-mongering and scabrous misogyny by the powerful rightwing press and rightwing Congress and on social media.

But guess what? She actually won the election anyway. If the United States was not saddled with the 18th-century elitist contraption of the Electoral College, Trump would not be president, no matter how many "Jesus" ads Vladimir Putin posted on Facebook. And if the Democrats had fought with all their might against the years-long Republican campaign to restrict voting among Democratic constituencies, which suppressed hundreds of thousands of votes in key states, then she would have won the Electoral College as well.

Related Topic(s): American Facism; Democracy; Democrats; Elections; Facebook; Russian Hacking; Twitter; Voting, Add Tags
Add to My Group(s)
Go To Commenting
The views expressed herein are the sole responsibility of the author and do not necessarily reflect those of this website or its editors.