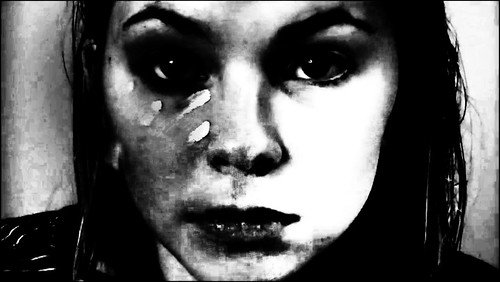 Change the culture for the sake of women and men.
(Image by -Jeffrey-)   Details   DMCA
nce against women or children is a more insidious threat than any other form of violence. Nobody wants to be faced with violence in their home or by their family.In practice, risk of domestic violence may wreak against the victims. Then how to combat domestic violence? The actions taken by the governments, INGOs, NGOs appear to be not very successful.

I think it can be prevented.Women and children will acquire rights and will be a fighting who improves the respect, dignity and honor.Women have a tolerant attitude, always non-violent position, that they want to get rid of discrimination and violence against them. They have another strength that probably will always use, and likely to work for their efforts against violence.

If we think one of these women can use this method, nation, governments or the organizations must give help to those victims at some time.I hope that women have lots of respect for their life. They are coming together for their voices which gives them a right to work against violence.

If we like women's prosperity, we bring our voices together. No license is required for respect in the world. Women always seem to be doing fine in their jobs, home and with the family, but don't like discrimination and violence. If women are empowered then economic progress for the women is improved.

On the other hand, domestic violence against women has sharply increased, women are often beaten and raped.Women face arrest.

It is admitted that violence against women is a challenge, and is now being accompanied by the risk of HIV infection.We can not forget how young girls were having sex for food in Grenada, and stealing food in Haiti and raping women at shelters. The spread of HIV/AIDS among females and violence against women are becoming two sides of the same coin in some areas.A similar public health crisis could emerge in the war-torn region of Darfur in Sudan. The majority of women in Darfur have also undergone female genital mutilation, a factor putting them at increased risk of infection.In Colombia, Amnesty International has received testimonies about people from stigmatized groups, including those thought to have HIV/AIDS, who have "disappeared" or been persecuted or killed.

In Ethiopia, for example, some 80% of young married women have had no education and are unable to read. While international laws recognized rape and sexual violence as a crimes, prosecutions were not being brought against offenders.In 1986, the UN Economic and Social Council declared domestic violence a serious violation of women's rights.

Worldwide, 25% of women are sexually abused at some time in their lives. Close to 120 million women has suffered genital mutilation. Countless women, girls and whole families have been left devastated by rape during recent conflicts in Rwanda, Cambodia, Liberia, Peru, Somalia, Uganda and the former Yugoslavia. According Inter-American Development Bank (IDB) in Nicaragua in 1997, the daughters of battered women are three times more likely to require medical care. Millions of women and children are still being bought and sold. While domestic violence against women persisted in all countries, the international women's movement and human rights advocates are not doing enough to protect them. The absence of equal rights, gender-based discrimination and the denial of economic opportunities to women are factors that could lead to women's increased vulnerability to trafficking.