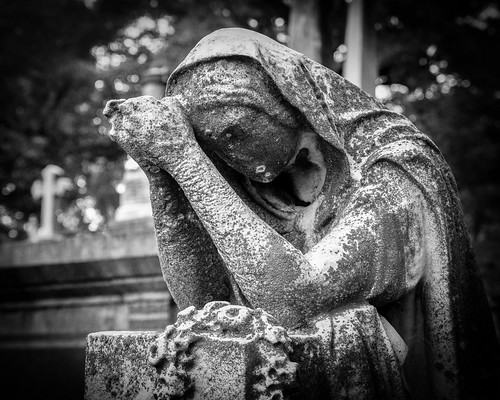 Well, theoretically speaking, no. At least it should not. Practically, it seems so.

But before we discuss as to how spirituality does seem to somewhat inhibit or at the very least 'kill in spirit' a person's earthly or worldly ambition, we must comprehend more completely and comprehensively as to what is or is not spirituality, in its highest sense and sensibility and in essence.

At the very onset it must be understood by a discerning freethinker that though worshiping one's own this or that racial, regional or religion's deity could be taken for some kind of piety, per se it cannot quintessentially and exactly be called spirituality. For, one may well be foolishly and fancifully holding true one's own arrogantly held asinine blind belief in an illusory, inherited, imbibed and imbecilic idea to be the icon that is worthy of veneration and worship. And to be God, so to say, in common parlance.

Someone's fad is not God.

Generally speaking, spirituality is the proclivity and activity which is purposefully and proactively concerned with the spirit that one presumes inhabits the human entity.

In other words a spiritual being at the very least believes we homo sapiens are not just some dead matter made-up of mere chemical atoms but an alive 'make' and matter of something more than it; which may colloquially and simply be called Spirit. Or 'god matter' etc. if one so prefers to address it.

Many an ism postulates and preaches that one's own paternally held human-like spirit or anthropomorphic deity is their private and personal God. And that all other people, believing otherwise, are but worshiping false gods. Hence the latter are infidels, condemned to burn in hell forever for denying the god of the former. Such a simplistic ancestral idea and ideology though seemingly popular and proselytized, and yet postulated and practiced by some religious cults around the world even to this day, is not the Absolute of What Is.

It is not the 'god particle'.

Throughout human history it has been found as an undeniable and a verifiable fact that the above said kind of lowl y lumpen belief system of dark ages produces more bigots and buffoons than sagacious spiritual beings.

To this lot, being religious or spiritual is to but believe in nothing else or other than one's own god-ism. With all its ridiculous rituals and obsolete obnoxiousness. To top it all, these self-righteous simpletons hold firmly the silly belief that those people who are following any other god or religion are on the wrong path and demonic way; which, in turn, lead to eventual annihilation and eternal condemnation.

Holding others to be an infidel and hence inferior is hogwash of course.

Such a supremacist silliness leads to much disharmony in the society. In the long run it brings forth death and destruction. And inflicts upon the hapless millions the didactic dogma and doctrine of i-me-my-god-ism is superior to you-your-dog-damn-ism.

If an ideology does not usher in peace unto and upon all, it is an idiot-logy.

So who is truly spiritual, and really practicing spirituality?

Only that one is spiritual who is somewhat rationally inclined, and thus ever aware, of the scientific and quantum fact that a certain kind of a deep cosmic relationship exists between us and other human beings, and betwixt the human race and the universe as a whole. In other words, he or she is a rational minded, humane living being.

A spiritual being some how or the other, at the bare minimum, at the very least theoretically comprehends the rationality of an all pervading cosmic unity. That is, such a one recognizes the innate oneness that prevails in the cosmic order of things that be.

Related Topic(s): Ancient Spirituality; Belief; Cults; Freethinker; God; Peace; People; Reality; SOUL; Spirituality; (more...) Time, Add Tags  (less...)
Add to My Group(s)
Go To Commenting
The views expressed herein are the sole responsibility of the author and do not necessarily reflect those of this website or its editors.