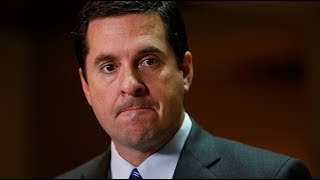 It is a known fact that the orchestration of Russia-gate, a hoax perpetrated on the American people and the world by the military/security complex, Democratic Party, and US presstitutes, required high officials of the CIA, FBI, and Obama Department of Justice (sic) to commit felonies. We know what the felonies are and who committed them. The plot required the print and TV media to serve as the propaganda ministry for the treasonous officials.

This is common knowledge among those who pay attention. Last April former House Intelligence Committee Chairman, now ranking member, Devin Nunes said that "criminal referrals on numerous individuals involved in the abuse of intelligence for political purposes" would soon be submitted. Apparently, the criminal referrals have been delayed while reports by Justice (sic) Department officials Michael Horowitz and John Durham are completed and cleared for release by -- you guessed it -- the CIA and FBI that the report investigates.

The felonies committed by the CIA, FBI, and Obama Justice (sic) Department constitute no less than a coup against the president of the United States, an act of sedition and treason. Yet, those responsible might never be held accountable.

Republicans are poor political infighters. They lack the stomach for it, and the media is against them. Trump is being advised to let the matter go. He is being told that as he was cleared he should move on rather than keep the issue alive by prosecuting those who intended his political assassination. Instead of shaking the American people's confidence in their security agencies, he should get on with his agenda and achieve enough unity to win reelection.

This advice comes from weak and stupid people whose main interest is to protect the Washington establishment even if it means ignoring an act of high treason.

This is the last chance for the US government to hold the security agencies accountable. If they are given a pass, henceforth they will be unimpeded in the pursuit of their secret agendas. The Office of the President will never again have the opportunity to restore accountability over the Deep State.

Former CIA officer Ray McGovern gives an explanation of the current balance of power. Does Trump dare to attempt to reestablish control?

Related Topic(s): Accountability; CIA Crimes; Deep State; Domestic Agenda; FBI; Obama; Presstitutes; Russia-gate; Trump Against Democracy, Add Tags
Add to My Group(s)
Go To Commenting
The views expressed herein are the sole responsibility of the author and do not necessarily reflect those of this website or its editors.