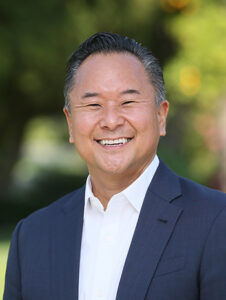 John Lee
(Image by Danny Moloshok)   Details   DMCA
We need someone on the City Council who won't need to learn where the copier is.

On Saturday, July 20, the two candidates in the Los Angeles City Council runoff election faced off in the CD 12 Candidate Town Hall. As a former staff member for past city councilmen, including a stint as Mitch Englander's Chief of Staff, one would have expected John Lee to have dominated the proceedings. Instead, he bragged about his knowing where the copier is located within City Hall, contradicted his policy positions and tried to paint his opponent, Dr. Loraine Lundquist, as the establishment candidate who somehow also lacks the connections needed to successfully perform the job.

While seemingly doing everything possible to avoid mentioning his stint running Englander's office (or even the former city councilman's name), Lee was happy to personally take credit for anything he felt the crowd would like. This included diverting money from the Sunshine Canyon legal settlement to local schools. When confronted over the fact that this was done without input from the community he insisted that he was not going to apologize for obtaining badly needed funding for our schools, especially at a time where teachers were forced to buy their own classroom supplies.

Later on in the afternoon, Lee lost his concern about the lack of funding for education as he pivoted towards his base's opposition to Measure EE. His supporters cheered as he proudly declared that he had opposed the parcel tax because it rewarded the LAUSD for financial mismanagement. Apparently, only schools in the North Valley can be trusted with extra funding. Teachers in other areas can continue to buy their own paper.

Lee was similarly unfocused on the subject of homelessness, especially when discussing safe parking initiatives. He felt that these were important but was adamant that they would not be placed in OUR neighborhoods. Over the course of the afternoon, he outlined a philosophy centered around the thought that while some people deserve help, others deserved jail. He stated that more people are homeless because Prop 47 released people from prison and promised to hire more police so that they could take care of the problem. To the delight of his supporters, he rejected Dr. Lundquist's suggestion that those facing pending homelessness should be provided with subsidies so they could better afford to stay housed.

Above all, Lee insisted that the problem of homelessness has nothing to do with a lack of affordable housing. That was until he did an about-face and cited statistics that showed that some Angelinos are paying up to 90% of their income on housing. Instead of blaming developers, gentrification, and speculation for this problem, he claimed that it was due to the fact that city fees and regulations had increased housing costs and that they should be eliminated.

The candidate's view on regulations shifted when he was asked about the issue of curbside food vendors. Not seeming to recognize that the city is already in the process of crafting appropriate regulations for these microbusinesses, Lee complained that the city was not doing anything about the situation. He wanted these budding entrepreneurs subjected to the same regulations as brick and mortar restaurants as if citizens could somehow be confused that food purchased off of the street was being held to the same health standards.

When he was not contradicting his own policy positions, Lee was busy hurling strange accusations against his opponent. When confronted with the source of his own campaign donations, he suggested that Lundquist was in the pocket of Sempra Energy. Sempra is the owner of the Aliso Canyon gas storage facility and source of the Porter Ranch gas blowout that forced thousands from their homes. Even if she were not rejecting contributions from the fossil fuel industry, it would seem unlikely that Sempra would find Lundquist to be a wise investment considering that she has pledged to shut down the gas field. While Englander, Lee's former boss, was still parroting the Gas Company lie that the blowout did not represent a health risk, Lundquist was in the streets demanding action.

Lee also tried to claim that his opponent, who received the most votes in the primary election, was supported by outside interests instead of local residents. However, campaign finance records tell a different story. While Lee has collected $37,800.00 in matching funds for the general election, Lundquist has earned enough qualifying donations to receive $121,890.00 in matching funds. It is important to note that only donations made from within the city are matched. Also, since these funds are meant to amplify the effect of small-dollar donations, only the first $114 of each donor's funds are matched.

Instead of making a clear case to the voters on why he should be elected, Lee seems to be relying on the fact that, in the past, the CD12 City Council seat has been passed down to the Chief of Staff of the departing Councilman. His performance in the debate suggests that he did not bother to formulate well thought out positions on the issues. Perhaps this is why, unlike his opponent, his web site does not include a section to detail his views on issues. While Lundquist responded to the candidate questionnaire from Ballotpedia, Lee has not. Maybe he did not anticipate facing a scrappy activist with a history of fighting the status quo.

"She alleged that Lee had refused to consider her as the public safety deputy because 'the public demanded a male for the position,' not a 'petite pretty girl.'"

(Image by Ballotpedia)   Details   DMCA
Carl Petersen is a parent and special education advocate, elected member of the Northridge East Neighborhood Council and was a Green Party candidate in LAUSD's District 2 School Board race. During the campaign, he was endorsed by Network for Public Education (NPE) Action and Dr. Diane Ravitch called him a "strong supporter of public schools." His past blogs can be found at www.ChangeTheLAUSD.com. Opinions are his own.