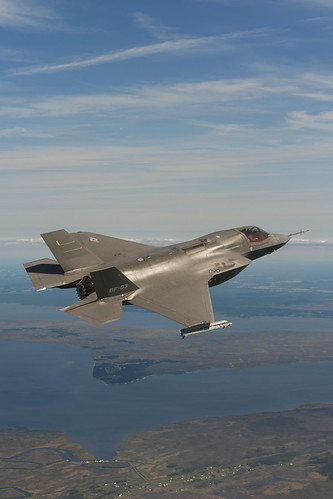 This article was written for the Unz Review

"Do you think his assessment is accurate?" was the subject line of an email I got from a good friend recently. The email referred to the article by Paul Craig Roberts "One Day Tomorrow Won't Arrive" which claimed that "the US military is now second class compared to the Russian military." The article then went on to list a number of Russian weapons systems which were clearly superior to their US counterparts (when those even existed). My reply was short "Basically yes. The USA definitely has the quantitative advantage, but in terms of quality and training, Russia is way ahead. It all depends on on specific scenarios, but yes, PCR is basically spot on."

This email exchange took place after an interesting meeting I had with a very well informed American friend who, in total contrast to PCR, insisted that the USA had total military supremacy over any other country and that the only thing keeping the USA from using this overwhelming military might was that US leaders did not believe in the "brutal, unconstrained, use of force." So what is going on here? Why do otherwise very well informed people have such totally contradictory views?

First, a disclaimer. To speak with any authority on this topic I would have to have access to a lot of classified data both on the US armed forces and on the Russian ones. Alas, I don't. So what follows is entirely based on open/public sources, conversations with some personal contacts mixed in with some, shall we say, educated guesswork. Still, I am confident that what follows is factually correct and logically analyzed.

To sum up the current state of affairs I would say that the fact that the US armed forces are in a grave state of decay is not as amazing by itself as is the fact that this almost impossible to hide fact is almost universally ignored. So let's separate the two into "what happened" and "why nobody seems to be aware of it."

Let's begin at the beginning: the US armed forces were never the invincible military force the US propaganda (including Hollywood) would have you believe they have been. I looked into the topic of the role of the western Allies in my "Letter to my American friend" and I won't repeat it all here. Let's just say that the biggest advantage the USA had over everybody else during WWII is a completely untouched industrial base which made it possible to produce fantastic numbers of weapon systems and equipment in close to ideal conditions. Some, shall we kindly say, "patriotic" US Americans have interpreted that as a sign of the "vigor" and "superiority" of the Capitalist economic organization while, in reality, this simply was a direct result of the fact that the USA was protected by two huge oceans (the Soviets, in contrast, had to move their entire industrial base to the Urals and beyond, as for the Germans, they had to produce under a relentless bombing campaign). The bottom line was this: US forces were better equipped (quantitatively and, sometimes, even qualitatively) than the others and they could muster firepower in amounts difficult to achieve for their enemies. And, yes, this did give a strong advantage to US forces, but hardly made them in any way "better" by themselves.

After WWII the USA was the only major industrialized country on the planet whose industry had not been blown to smithereens and for the next couple of decades the USA enjoyed a situation to quasi total monopoly. That, again, hugely benefited the US armed forces but it soon became clear that in Korea and Vietnam that advantage, while real, did not necessarily result in any US victory. Following Vietnam, US politicians basically limited their aggression to much smaller countries who had no chance at all to meaningfully resist, nevermind prevail. If we look at the list of US military aggressions after Vietnam (see here or here) we can clearly see that the US military specialized in attacking defenseless countries.

Then came the collapse of the Soviet Union, the first Gulf War and the Global War on Terror when US politicians clearly believed in their own propaganda about being the "sole superpower" or a "hyperpower" and they engaged in potentially much more complex military attacks including the full-scale invasion of Afghanistan and Iraq. These wars will go down in history as case studies of what happens when politicians believe their own propaganda. While Dubya declared victory as soon as the invasion was completed, it soon became clear to everybody that this war was a disaster from which the USA has proved completely unable to extricate themselves (even the Soviets connected the dots and withdrew from Afghanistan faster than the US Americans!). So what does all this tell us about the US armed forces: (in no special order)

Is that enough to win a war?

Actually, no, it is not. All it takes to nullify these advantages is an enemy who is aware of them and who refuses to fight what I call the "American type of war" (on this concept, see here). The recent wars in Lebanon, Kosovo, Afghanistan and Iraq have clearly shown that well-adapted tactics mostly deny the US armed forces the advantages listed above or, at the very least, make them irrelevant.

If we accept Clausewitz's thesis that "war is the continuation of politics by other means" then it becomes clear that the US has not won a real war in a long long time and that the list of countries willing to openly defy Uncle Sam is steadily growing (and now includes not only Iran and the DPRK, but also Afghanistan, Iraq, Yemen, Syria, Venezuela and even Russia and China). This means that there is an emerging consensus among the countries which the USA tries to threaten and bully into submission that for all the threats and propaganda the USA is not nearly as formidable enemy as some would have you believe.

Why nobody seems to be aware of it

The paradoxical thing is that while this is clearly well understood in the countries which the USA is currently trying to threaten and bully into submission, this is also completely ignored and overlooked inside the United States themselves. Most Americans, including very well informed ones, sincerely believe that their armed forces are "second to none" and that the USA could crush any enemy which would dare disobey or otherwise defy the Anglo-Zionist Empire. Typically, when presented with evidence that the USAF, USN and NATO could not even defeat the Serbian Army Corps in Kosovo or that in Afghanistan the US military performance is very substantially inferior to what the 40th Soviet Army achieved (with mostly conscripts!), my interlocutors always reply the same thing: "yeah, maybe, but if we wanted we could nuke them!" This is both true and false. Potential nuclear target countries for the USA can be subdivided into three categories:

Related Topic(s): Dominance; Military Contractors; Military Expansion; Military Madness; Nukes; Propaganda; Russia And Us Conflict, Add Tags
Add to My Group(s)
Go To Commenting
The views expressed herein are the sole responsibility of the author and do not necessarily reflect those of this website or its editors.