Technology is bringing more accountable elections, but some activists disagree. 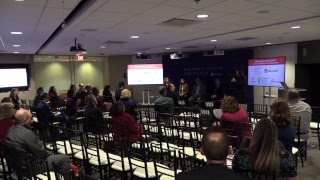 As many states and counties buy new voting systems for the first time in a decade or more, new technologies are offering the prospect of verifying vote counts and election results with unprecedented precision and detail. But critics say they won't bring more trustworthy elections.

The latest controversies are mostly centered around a system that replaces a voter's ink-marked paper ballot with a printed ballot summary card listing their choices in bar codes and printed text, the latest version of a so-called ballot-marking device(BMD). But this fray, which is riddled with confusing claims, does highlight that the technology surrounding how votes can be counted and verified has evolved.

Part of that evolution raises valid and timely questions, such as: What's the best form of paper ballot? What's a legal election record (as most voting laws predate digital files, which range from spreadsheets of votes cast to digital images of every ballot)? And how precisely should initial vote counts be checked before winners are declared?

In many respects, the starting line for these questions goes back a generation. It began with the response to voting system failures during Florida's 2000 presidential election. Then, punch card ballots failed to be read due to still-attached perforations. Congress responded with 2002's Help America Vote Act, a law spending billions on what was then widely seen as the best response to problematic paper punch cards: entirely paperless voting systems.

Seeing a windfall, the largest manufacturers quickly created computer touch screen voting systems called DREs, for direct recording electronic machines. In short order, DREs soon became known for technical shortcomings, erratic performance, hacking vulnerability, and an inability to verify votes or conduct recounts. Ballots were replaced by what was recorded -- or, in some cases, not recorded on memory cards. A backlash ensued -- including, in some quarters, a visceral distrust that lingers today whenever computers are used to replace paper, pens and hands-on procedures.

Today, 75 percent of the country has revived using paper-ballot-based voting systems. In most jurisdictions, electronic scanners tally the votes. Scanners do that by first creating a digital image of the paper ballot, where software then identifies the ballot layout (which varies with local contests) and analyzes the ink marks to count the votes. Newer systems save these digital ballot images a feature that has enabled some states and counties to double-check the initially reported results before declaring winners.

While there are different makes and models of voting systems, the reemergence of ballot-marking devices to replace ink-marked paper is now roiling anti-computerized-voting activists. The foremost opponents are academics and grassroots organizers who spent years opposing DREs and see this design as reverting to that system.

With today's BMDs, voters use a computer touch screen to mark their choices. This approach seeks to avoid ambiguity surrounding sloppy ink marks on paper. Voters then approve their choices, after which the machine prints out a ballot summary card with bar codes and text listing their votes. Other parts of this system create a digital image of the summary cards, and analyze its bar codes to count votes and tabulate results.

(This general design has been slightly modified and used for many years as a voting station to assist people with disabilities. But as manufacturers are promoting its wider use, its critics essentially see it as a return to DREs with a paper trail.)

The critics believe there are too many hidden or hackable parts that can be targeted by malevolent actors to steal votes and rig results in short, resurrecting old criticisms of DREs. But stepping back, examining these latest charges can illustrate how much has changed in voting technology, and that counting votes and verifying results could be more precise than ever if best practices were more widely used.

To start, there are big differences between DREs and the newest BMDs. As Ben Adida, a cybersecurity expert and voting system engineer who created a non-profit to build an inexpensive and open-source voting system, recently tweeted, "equating Ballot-Marking Devices with paperless voting machines is an exaggeration." Yes, these devices could be better, he added, noting that their bar codes and printed voter choices could be larger and more readable. But the newest BMD systems do produce a secondary record of the vote cast that can be verified and compared to its internal electronic tabulation, he said.

"Paper is there. Mismatched barcodes can be discovered with auditing. And improving paper verification is doable," Adida tweeted. "It's easy to be a security maximalist while ignoring other requirements. We need to do better than that, be more subtle, take other requirements into account."

The maximalists to whom Adida was referring are a mix of academic computer scientists and grassroots election integrity experts, such as those cited recently in Politico who have been equating BMD systems (that may soon be acquired in Georgia, Pennsylvania, New York and elsewhere) with DREs. In short, the critics are firmly rejecting the prospect of any technological progress or better verification of the first unofficial vote counts. As Adida observed, there's no middle ground.

Steven Rosenfeld  covers democracy issues for AlterNet. He is a longtime print and broadcast journalist and has reported for National Public Radio, Monitor Radio, Marketplace,  TomPaine.com  and many newspapers. (more...)
Related Topic(s): Elections; Technology; Vote Flipping; Vote Hope; Voter Fraud; Voter Registration; Voter Rolls Purged, Add Tags
Add to My Group(s)
Go To Commenting
The views expressed herein are the sole responsibility of the author and do not necessarily reflect those of this website or its editors.