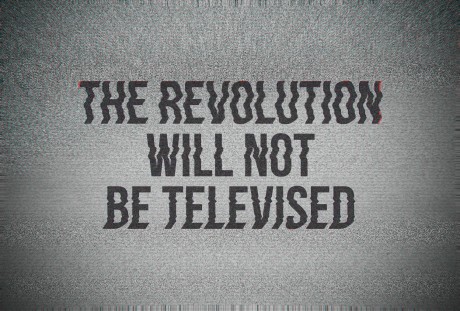 (Image by Unknown Owner)   Details   DMCA
But first, a word from our sponsor

A group of us who gather for breakfast most mornings at a local restaurant here in the Blue Ridge Mountains of Virginia, often talk about the myriad of problems facing America and the question of what -- if anything -- can be done.

Because of my 10-year sabbatical from journalism to work on Capitol Hill and inside the political system of this country, a question that normally comes my way is "what to you think can or should be done?"

More often than not, I shrug my shoulders and mutter something like "beats the hell out of me."

That dismissive answer comes not from a lack of interest in dealing with the serious challenges that face this nation but from too many years of watching too many ideas that seemed good at one time either fail or turn out to be just another piece of quick-fix, personal agenda serving political garbage.

It's hard to not turn cynical in such times. As a journalist, skepticism and cynicism are tools for the trade. As a one-time political operative, such things are necessary for survival.

I wish I had an answer. Obviously, the current system is not working. Congress is mired in partisan gridlock. The current President turned out to just be more of the same. Despite promises and claims, the economy is not really recovering. Cities, towns and counties file for bankruptcy, future leaders are assessed more for their celebrity appeal than any actual experience or ability and a disturbing number of Americans in uniform are still dispatched to foreign soil for missions that defy rationality or escape reason.

In such times, depression is hard to avoid and a feeling that America is a doomed nation too often overwhelms the senses.

For the past half-century, I have -- on and off -- been part of a profession often blamed for the decline and fall of America. Media is a popular scapegoat and has been the target of derision and blame since the days of Poor Richard's Almanack and the American revolution.

Benjamin Franklin published the Almanack under the pseudonym of "Richard Saunders" and, among other things, published "news stories" in serial format to try and keep readers coming back. He was, like media figures today, viewed with some skepticism and doubts about his motives. Wrote James Russell Lowell:

"We shall find out that Franklin was born in Boston, and invented being struck with lightning and printing and the Franklin medal, and that he had to move to Philadelphia because great men were so plenty in Boston that he had no chance, and that he revenged himself on his native town by saddling it with the Franklin stove, and that he discovered the almanac, and that a penny saved is a penny lost, or something of the kind."

While I can never claim that this web site is a modern version of Poor Richard, or anything removely approaching that, I have found my motives often questioned here and throughout the Internet.

So be it. Capitol Hill Blue stands today as the oldest continually-published political news website on the Internet. On October 1, we celebrate 19 years on the World Wide Web and my return today to the fold after cutting short a sabbatical to recover from a near-fatal motorcycle accident last fall stems from a need for survival. This website is a major part of my life and has been for nearly two decades.

Can we make a difference?

Beats the hell of me.

Damn right we can.

Related Topic(s): Political Change, Add Tags
Add to My Group(s)
Go To Commenting
The views expressed herein are the sole responsibility of the author and do not necessarily reflect those of this website or its editors.