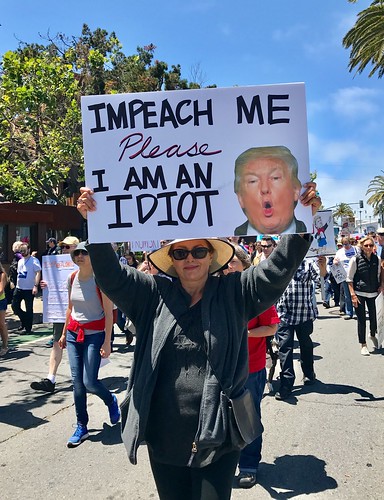 It seems that the White House is rejecting subpoenas from House Committees because of lack of legislative intent. This might be the answer:

Pursuant to its Constitutional Powers of Oversight, the House has the LEGAL POWER to conduct an INQUIRY into the Nature and potential Necessity to impeach President Donald J. Trump.

If this position is still resisted by the White House, the next step might be to start legal procedures to pass:

a Law to allow an Inquiry into the Nature and potential Necessity to impeach a presiding President.

The hope is that the current Senate will pass this Law with such an overwhelming majority as to withstand an expected presidential veto.

These legislative operations might take a long time. If the need is to achieve control over the operations of this White House at the earliest possible moment, then the two measures I have advocated for in my op-ed piece of April 27 might well be considered. The two measures are:

An invitation by Speaker Nancy Pelosi issued to President Trump to appear before the House to justify his positions; or
Initiate a process of Redemption of the Bully, as outlined in a book by the same title. Â·

It is clear that three outstanding threats justify the urgency with which these suggestions ought to be pursued: 1. The daily deterioration of our internal political processes; 2. The threat of an unnecessary war with Iran; and 3. The ongoing threat to the integrity of our next presidential elections created by the unchecked cyber-attacks pursued by the foreign power of Russia.

Carmine Gorga, PhD, a former Fulbright Scholar, is president of The Somist Institute.

Related Topic(s): Impeach; Inquiry; Law; Nancy; Redemption; Start; Subpoena; Threat; Threats, Add Tags
Add to My Group(s)
Go To Commenting
The views expressed herein are the sole responsibility of the author and do not necessarily reflect those of this website or its editors.