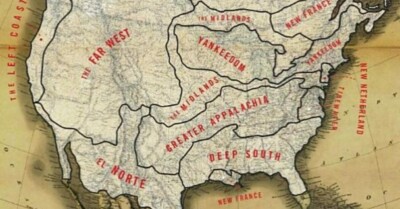 The reason Yankee fans and Red Sox fans hate each other goes a lot deeper than sports. In his book American Nations, Colin Woodard identifies eleven regional cultures in the United States. He compares the conditions of the home country, settler conditions, climate, geography, religious history, population density and international loyalties. He points out the parallels between how settlers' regional locations in England impacted the type of regional culture they developed in the United States. My purpose in this article is to:

There are good reasons why the United States has rarely, if ever, unified, whether in war or peace. The notion that we were and are united is pure political and economic propaganda.

I cannot address all these questions in this article. I intend to answer most of them and leave the rest to stimulate your thinking.

Issues that Divided the Regions of the United States

The federal government of the United States only began to try to unify the country from the Atlantic to the Pacific after the Civil War with massive architecture, street names, and flags in every classroom. It is questionable how successful they have been. To talk about a common national experience over such a large territory confronts many problems.

David Hackett Fischer in his book, Albion's Seed, identified four major regions in the United States with significant differences in their means of subsistence, their religion, the conditions of settlement and the parts of England these first settlers were from. In his book American Nations, Colin Woodard has expanded these settlements from four to eleven regions. Please see Table A (in the book) to understand which country of Europe settled the region, the time of settlement and the region of the U.S. it occupied.

For this section I will be following Woodard's description. According to him, Americans have been divided since the days of Jamestown and Plymouth. Colonists saw each other as competitors for people to settle their land, for the land itself, as well their ability to draw capital to their settlement. Here are some of issues that divided the colonies:

These regions had differences in religion between Catholics, Puritans, Anglicans, Quakers and Mormons. Each region differed in the kind of work people did, from cattle rearing, hunting, fishing, fur trapping, agricultural capitalism (producing tobacco, sugar and cotton), subsistence farming, herding, and industrial production (mining, railroad work and smelting). These regions were formed with different intentions including for religious purposes, commercial purposes, political independence or as a home for refugees. The politics of the regions differed drastically, from authoritarian (Deep South) to egalitarian (New France) to liberal (New England town-hall and the Left Coast) to classical republican (Tidewater) to libertarian (Far West).

Regionalists in the U.S. respected neither state nor international boundaries. It was only when England began to treat these colonies as a single unit and implemented policies that threatened them all, that they formed a united force. It is important to realize the uniting against an enemy does not create unification after the confrontation is over. After all, the greatest regional battle in US history occurred almost a hundred years after Independence Day.

Related Topic(s): People; People, Add Tags
Add to My Group(s)
Go To Commenting
The views expressed herein are the sole responsibility of the author and do not necessarily reflect those of this website or its editors.