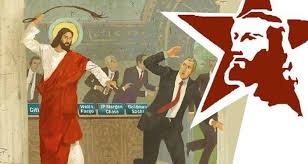 I have come to those conclusions over a period of more than forty years studying liberation theology. My interest began in Rome during my graduate studies there, 1967 through 1972. There I first heard Peru's Gustavo Gutierrez speak. (Fr. Gutierrez is considered the father of liberation theology.)

Subsequently I read Gutierrez's book, A Theology of Liberation (1971) and was completely taken by it. Reading the book gave me the feeling that I was hearing Jesus' Gospel for the very first time.

You might ask, what is liberation theology? To answer that question fully, please look at my blog entries under the "liberation theology" button. I've written a series on the question. In my blogs, you'll find that I always define it in a single sentence. Liberation theology is reflection on the following of Christ from the viewpoint of the world's poor and oppressed. That's the class of people to which Jesus himself belonged. They constituted the majority of his first followers.

When read from their viewpoint, accounts of Jesus' words and deeds, the entire Bible for that matter take on depths of meaning and relevance to our contemporary world that are otherwise inaccessible to people like us who live in the heart of the wealthy world. From the viewpoint of the poor, God passes from being a neutral observer of earth's injustices to an active participant with the poor as they struggle for justice here on earth. Jesus becomes the personification of that divine commitment to the oppressed. After all, he was poor and oppressed himself. The Roman Empire and its Temple priest collaborators saw to that.

My interest in liberation theology deepened as my teaching career developed at Berea College in Kentucky from 1974 to 2014. There I was encouraged to continue my study of liberation theology. So, I spent extended periods in Brazil, Nicaragua, Costa Rica, Honduras, Guatemala, Cuba, Mexico, Zimbabwe, South Africa, India and elsewhere studying under liberation theologians, dialoging and publishing with them. The poor in all of those countries were suffering from the aggression the United States directed against them.

Meanwhile at Berea, I found the conclusions of liberation theologians validated by the college's very fine scripture scholars. They had almost no acquaintance with liberation theology, and yet what they were teaching perfectly harmonized with its central tenets. It's just that they stopped short of drawing what seemed to me the obvious political conclusions from their work.

More specifically, Berea's scholars identified the Exodus (Yahweh's liberation of slaves from Egypt) as God's original and paradigmatic revelation. The whole tradition began there, not in the Garden of Eden. Moreover, the Jewish prophetic tradition emphasized what we now call "social justice." Even more, Jesus of Nazareth appeared in the prophetic tradition, not as a priest or king. Jesus directed his "ministry" to the poor and outcasts. The Gospel of Luke (4: 18-19) has Jesus describing his program in the following words:

"The Spirit of the Lord is upon me, because he has anointed me to bring good news to the poor. He has sent me to proclaim release to the captives and recovery of sight to the blind, to let the oppressed go free, and to proclaim the year of the Lord's favor."

After his death, Jesus' followers continued along those lines. They lived communally, having sold all their worldly possessions and distributed the proceeds to the poor.

All of that finds vivid expression in today's liturgy of the word. As I said, it's a kind of catechism of liberation theology. The reading from Amos the prophet describes the sin that most offends God, wealth disparity in the face of extreme poverty. Amos decries a "wanton revelry" on the part of the wealthy that sounds like the "American Way of Life" or the "Lives of the Rich and Famous" that we Americans find so fascinating.

The prophet describes a rich class that lives like King David himself in luxurious houses, overeating, drinking wine by the bowlful, and generally ignoring "the collapse of Joseph," i.e. the poverty of their country's most destitute. For that, Amos says, the rich will ultimately suffer. All their wealth will be confiscated and they will be driven into shameful exile.

In railing against the rich and defending the poor, Amos was calling Judah back to the worship of Yahweh whose attributes are described in today's responsorial psalm. There God is depicted as loving the just and thwarting the ways of the wicked. The psalm describes Yahweh as securing justice for the oppressed, giving food to the hungry, and setting captives free. He gives sight to the blind and protects resident aliens, single mothers and their children.

Then today's excerpt from 1st Timothy outlines the characteristics of those who worship that God by following in Jesus' footsteps. They keep the commandment which is to do unto others as we would have them do unto us.

Related Topic(s): Bible; Catholic; Christianity; Faith; God; Jesus; Justice; Liberation Theology; Parable; Sunday; (more...) Theologians, Add Tags  (less...)
Add to My Group(s)
Go To Commenting
The views expressed herein are the sole responsibility of the author and do not necessarily reflect those of this website or its editors.