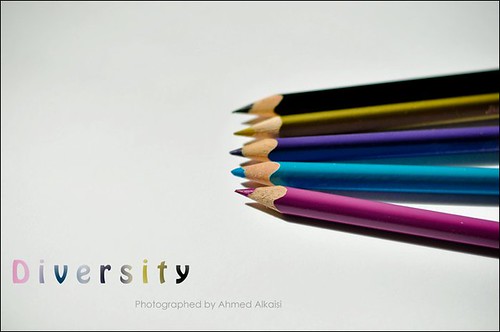 A pattern of divisiveness is seen throughout the world - presently in a heightened state, to say the least. In the USA, what we assume to be a single nation, is actually a collection of diversified states with unequal laws and penalties, customs, rights, administrative procedures, levels of education and prosperity, etc..The same diversity exists throughout the world. Of course, diversity is a characteristic throughout nature. The natural wealth of the Earth is not spread evenly.

Current theories and histories of mankind indicate that contemporary man - homo sapiens - originated in Africa then gradually migrated in successive tribal waves to the four corners of the Earth. Each tribe, relatively isolated from others, developed somewhat distinctive customs and physical attributes influenced by environment and limited gene pools.

Gradually, as populations increased and continued to emigrate to new lands, peoples came more in contact with others, either blending in by conquest or peaceful intermixing, or maintaining a state of separation or hostility - the beginnings of competition and wars between nations. There is always a delicate balance in societies between peaceful diversity and chaos.

The United States has a confused identity. Is it an exceptional, diversified melting pot of humanity, as we often describe ourselves: one nation, indivisible, with liberty and justice for all? - or is it a loose confederation of states with irreconcilable differences as described above, resulting in interminable chaos?

Economic opportunities, climate, natural scenery and recreational opportunities, local cultures of food, customs, life styles, cost of living, etc. may vary from one part of the country to another, but, if we are one country - the United States of America - should fundamental rights of health care, standards of education, voting rights, public welfare, and criminal laws, penalties, and treatment vary from one state to another?

When we travel abroad and meet someone from our own country or locale, we normally recognize a common bond of national identity, mainly of language.. Here at home, someone from a different state or region may seem like a foreigner to us because of distinct differences of our political and social traditions. Beyond language, we do not really have a strong cultural bond except as manufactured by our commercial media - the lowest common denominator, a form of cultural drugs that perpetuates corporate domination of our destiny.

In the early 1930's, H.L. Mencken wrote that it might have been better if we had let the South secede because of the great differences of life styles.The South would have been a curious and charming place to visit. They have made considerable progress since then, but there are still powerful influences pulling us apart.

Our differences are aggravated by the great discrepancies in fundamental democratic rights allowed by the constitution to individual states. Until that is corrected we can only be the Dis-United States of America, something equivalent to the European Union.

Related Topic(s): Realist; Reality; State Of The Union; States Rights, Add Tags
Add to My Group(s)
Go To Commenting
The views expressed herein are the sole responsibility of the author and do not necessarily reflect those of this website or its editors.