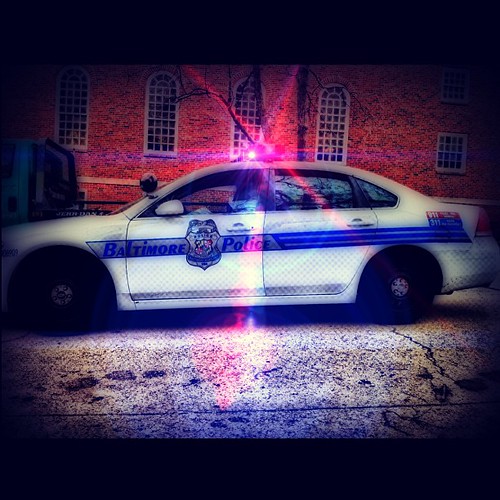 You've probably already seen it on your timeline. Blacks murdered by cops, black community riots and protest and a faction of your friends argue that the problem is not the cops, but the black community. That black people are more violent then other races, and this explains their deaths at the hands of cops. "They don't comply. They shouldn't have been doing anything wrong." These people will tell you they are not racist, even as they describe the rioters as animals, scumbags, anything but human. No, in fact they feel they are informed, and only sharing the uncomfortable truth. They will back up this opinion with data and statistics. 13% of population commits 45% of the murders, and 85% of the violent crimes. These stats are used to justify the treatment of the black community by the police. But there are lies, damn lies, and statistics. They feel these stats prove the black race is more violent then the other races.

The black race has the same percentage of violent, selfish evil offenders, as every other race. The difference is in the black community, this violent faction is more inclined to act on it.

Every race has the same percentages as violent actors, but not every other community has this practice of "no snitching" that normally keeps the violent few in line. Black people may fear cops more than whites, but they do not fear someone will call the cops in their community as in a white suburban neighborhood.

And why is it that, because blacks are more of a criminal element?

It's because in the 160 years since the ending of slavery the police force has done everything in their power to lose the faith and trust of the black community. With innocent blacks lynched, innocent blacks convicted of crimes, physical force used to coerce a confession, and now in 2020, black men on film handcuffed and murdered by the force that is supposed to serve and protect. A black man knows if he calls to report a crime there is a good chance that he will be the one walking away in cuffs. Crazy but it's true.

The fundamental institution to provide security to the black community is broke, and the police force is not trusted. They are feared and in turn are not used, and crimes are not reported. The byproduct of this is a community that is aware no one is going to call the cops, so the criminal element feels more liberated to commit violent acts, and hence more violent crimes.

The solution isn't what some whites like to believe--that simply black people should be less violent. The solution is to protect the community from the violent actors and for people to fear if they commit a crime it will be reported. And that will never happen until trust is re-established with the police. But yet within a month, a man unarmed was murdered in the street, and his killers were not charged by the DA for two months until public outcry. A nurse is shot to death sleeping in her home, because of a no-knock warrant. And now a man suffocates for 8 minutes while in cuffs.

These incidents cause distrust, cause black people to not report crimes, and causes criminals in the community to act without fear. The buck starts here. The police and the system need to re-establish trust with a community that has every reason, and every evidence to distrust them. They need to have the institution that every American community has--a police force that will serve and protect them. Once there is trust then crimes will be reported, and then it won't be a modern-day wild west. The violent actors will think twice before they act, and the crime rates will drop.

It all starts with those sworn to protect us to do our jobs. That's why these incidents matter. The police treatment of blacks is the cause and also the only possible solution for the high black crime rate.

Drew D'Amato is the author of the novels Social Studies and Bloodlines. He also has a masters degree in history, and has taught at the high school and college levels. When not writing he spends his time getting himself into trouble.
Related Topic(s): Black Freedom Movement; Black Heroes; Crime Blue Collar; Crime Murder; Crime Rates; Police; Police; Police Abuse Of Power; Police Brutality; Police Corruption; (more...) Police Coverup; Police Shooting; Police Shooting Innocent Women; Protest; Rate Hike; Riots, Add Tags  (less...)
Add to My Group(s)
Go To Commenting
The views expressed herein are the sole responsibility of the author and do not necessarily reflect those of this website or its editors.

Christopher Columbus and the Statue of Limitations

Cancel Culture Threatens the Power of the First Amendment

Come for the Racial Justice, Stay for the Marxist State

Rape is Rape and Stupid is the Republican Agenda

Hail to Our Caesar