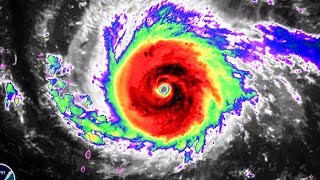 Houston has barely begun to recover from Hurricane Harvey, as Irma devastates the Caribbean and heads towards Puerto Rico and Florida. Its hard to imagine all the grief, effort, and cost it will take to rebuild from one of these thousand-year storms, much less two.

But we better get used to it. Climate science tells us more superstorms are coming. We should learn how to recover from them in a smart, humane way -- one that promotes economic and social justice, so people, families and communities can truly heal.

Trump and the Republicans are about to do it the other way.

The devastation of Houston was made worse by poor planning and deregulation. That wasn't an accident: it was greed. Wealthy individuals and corporations want to keep their taxes low, so they blocked government spending for preparedness and recovery.

After Hurricane Sandy devastated New York and New Jersey in 2012, one of the most vocal cheerleaders for this brand of ghoulish selfishness was Texas Sen. Ted Cruz, who dismissed disaster mitigation efforts as "pork" and joined most of his fellow Texas Republicans in voting against aid to Sandy's victims.

Today, it's Cruz's own constituents who are paying the price for this selfish, short-sighted philosophy.

The greed of oil companies like ExxonMobil and Valero led them to lobby against the EPA's regulation of benzene. As David Sirota and Jay Cassano report, this will probably allow them to escape punishment for leaking this highly carcinogenic solvent, a common element in gasoline, into the atmosphere around Houston in the hurricane's aftermath.

Why spend money to prevent deadly leaks, these corporations reason, when you can get the rules changed in your favor for a fistful of lobbyist dollars?

In a just world, the politicians and special interests responsible for so much suffering would be forced to step aside so that saner, more ethical people could clean up their damage and make sure we don't make the same mistakes again next time. But we don't live in that world... yet.

As Thomas Jessen Adams and Cedric Johnson write about Houston, "the race to capitalize on the disaster, to redistribute wealth upward, and to transform the region has already begun." The Trump administration, together with the right wing extremists who currently govern Texas, will direct recovery efforts. They are likely to roll back environmental protections -- which will make future disasters worse -- and further weaken worker protections like the Davis-Bacon Act.

This playbook is familiar to anyone who followed what happened to New Orleans in the aftermath of Hurricane Katrina.

It's disaster capitalism, straight out of Naomi Klein's book The Shock Doctrine: every catastrophe is an opportunity to consolidate wealth and power for the elites, and undermine the public institutions that serve the majority.

If our current leaders have their way, working people will be driven even further from the desirable parts of the city, making them more dependent on cars and forcing them to give up even more of their lives to difficult and lengthy commutes.

Recovery money will be channeled toward contractors and projects that further enrich the already wealthy, building high-end housing and luxury retail outlets instead of the affordable housing in transit that most people. The Department of Education under Betsy DeVos will try to privatize Houston schools, a move that would increase segregation, reduce social mobility, and make economic inequality even worse.

Related Topic(s): Cars; Climate; Disaster Preparedness; Disasters; Flooding; Hurricanes; Recovery, Add Tags
Add to My Group(s)
Go To Commenting
The views expressed herein are the sole responsibility of the author and do not necessarily reflect those of this website or its editors.