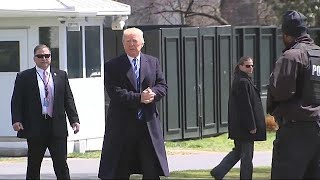 "In some ways, China really is a bad actor in the global economy. In particular, it has pretty much thumbed its nose at international rules on intellectual property rights, grabbing foreign technology without proper payment."

The issue here is who set the rules and what is proper payment.

The problem is that it was largely the United States that has set the rules in this story and it is demanding ever more money for items protected by its patent and copyright monopolies. We do this through our control of trade arrangements, most importantly the WTO where we had the TRIPS provisions inserted as a late entry to the Uruguay Round that was concluded in 1994.

The idea that developing countries would seek to get around rules established by their richer counterparts should not be alien to people in the United States. The United Kingdom had made it illegal to transfer blueprints for steam engines out of the country in order to preserve its competitive advantage. Francis Lowell famously memorized plans on a trip there in order to build the first steam-powered factory in the United States. The United States refused to recognize UK copyrights for much of the 19th century. So if China is not following the rules today, it has an important role model it can point to.

There is certainly a valid point that the cost of innovation must in some way be shared internationally. Certainly, the US shouldn't be expected to foot the bill for the whole world. But does Krugman really want to argue that patent and copyright monopolies are the most efficient mechanisms available? We should be looking for more modern mechanisms that focus on sharing rather than bottling up knowledge, with China and other developing countries having a serious voice in their construction.

On this topic, it is important to note that China may have fired a serious shot over the bow this week. It announced a major initiative to promote the manufacture and use of generic drugs. I have no idea if this has anything to do with Donald Trump's trade war, but this could be a very big deal if China is going to be aggressively pushing generic drugs both in its domestic market and internationally.

The fact is, the "rules" in many areas are not very clear (it is much harder to get a patent on a drug in India than the United States) and if China is going to press the boundaries, look for a really big hit to Pfizer and Merck's stock prices.

Dr. Dean Baker is a macroeconomist and Co-Director of the Center for Economic and Policy Research in Washington, D.C. He previously worked as a senior economist at the Economic Policy Institute and an assistant professor at Bucknell University. (more...)
Related Topic(s): China Investment Corp; China Politics; Krugman; Trade, Add Tags
Add to My Group(s)
Go To Commenting
The views expressed herein are the sole responsibility of the author and do not necessarily reflect those of this website or its editors.