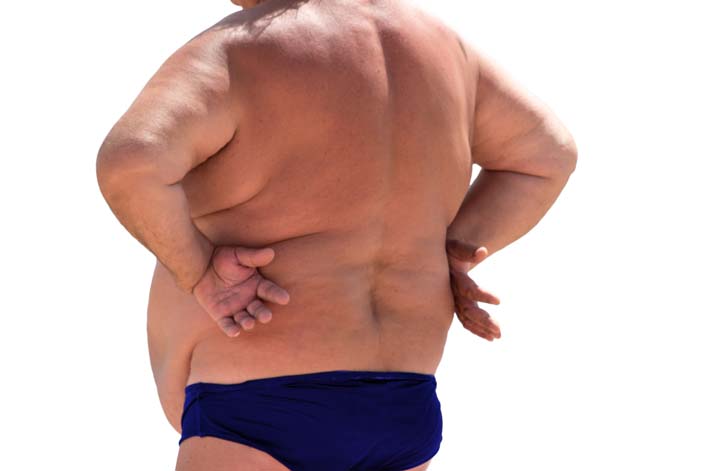 By now, most people are aware of the US obesity statistics. In 2016, almost 70 percent of US adults were obese of overweight says the CDC. That means normal sized people are in the minority. (Some are even considered "anorexics.")

The US obesity epidemic has led to the creation of special-sized ambulances, operating tables and coffins as well as bigger seats on planes and trains. We won't even talk about the size inflation and stretchy, "forgiving" fabrics that now dominate the fashion industry.

The issue is not aesthetics. People carrying excess weight are at greater risk of mortality, hypertension, high LDL cholesterol and triglycerides, type 2 diabetes, coronary heart disease, stroke, gallbladder disease, osteoarthritis, sleep apnea and many cancers says the CDC. In addition to the harm their weight causes them they raise healthcare costs for everyone.

Big Food tries to shift the blame for obesity from its processed, fattening, aggressively advertised junk food to "inactivity" and blame its victims. The truth is, food technologists spend millions to create foods that cannot be resisted and are addictive. A recent book called How Not To Diet debunks Big Food's "lack of exercise" myth and reveals that when it comes to obesity, "it's the food, stupid."

Once upon a time a drug preparation called Fen-Phen which combined the drugs phentermine and dexfenfluramine/fenfluramine helped people fight the obesity which has now taken over this nation. But Fen-Phen was withdrawn in 1997 for causing primary pulmonary hypertension (PPT) and heart valve deaths. The drug's lethal side effects were especially embarrassing to the FDA since its own reviewer had predicted them if the two drugs were combined according to the Atlanta Journal-Constitution in 1997. The skeptic's veto was overridden and the drug was approved anyway.

The same year Fen-Phen was withdrawn, the FDA approved the diet drug sibutramine (Meridia) which was also withdrawnfrom the market for cardiovascular problems, this time in 2010. Does anyone see a pattern here?

Related Topic(s): Diet And Health; Diet Cokes; Drug Companies- Marketing; Drug Safety; Food Additives; Food Industry- Industrial; Food-Agriculture; Genetically Modified Food GMO; Obesity, Add Tags
Add to My Group(s)
Go To Commenting
The views expressed herein are the sole responsibility of the author and do not necessarily reflect those of this website or its editors.