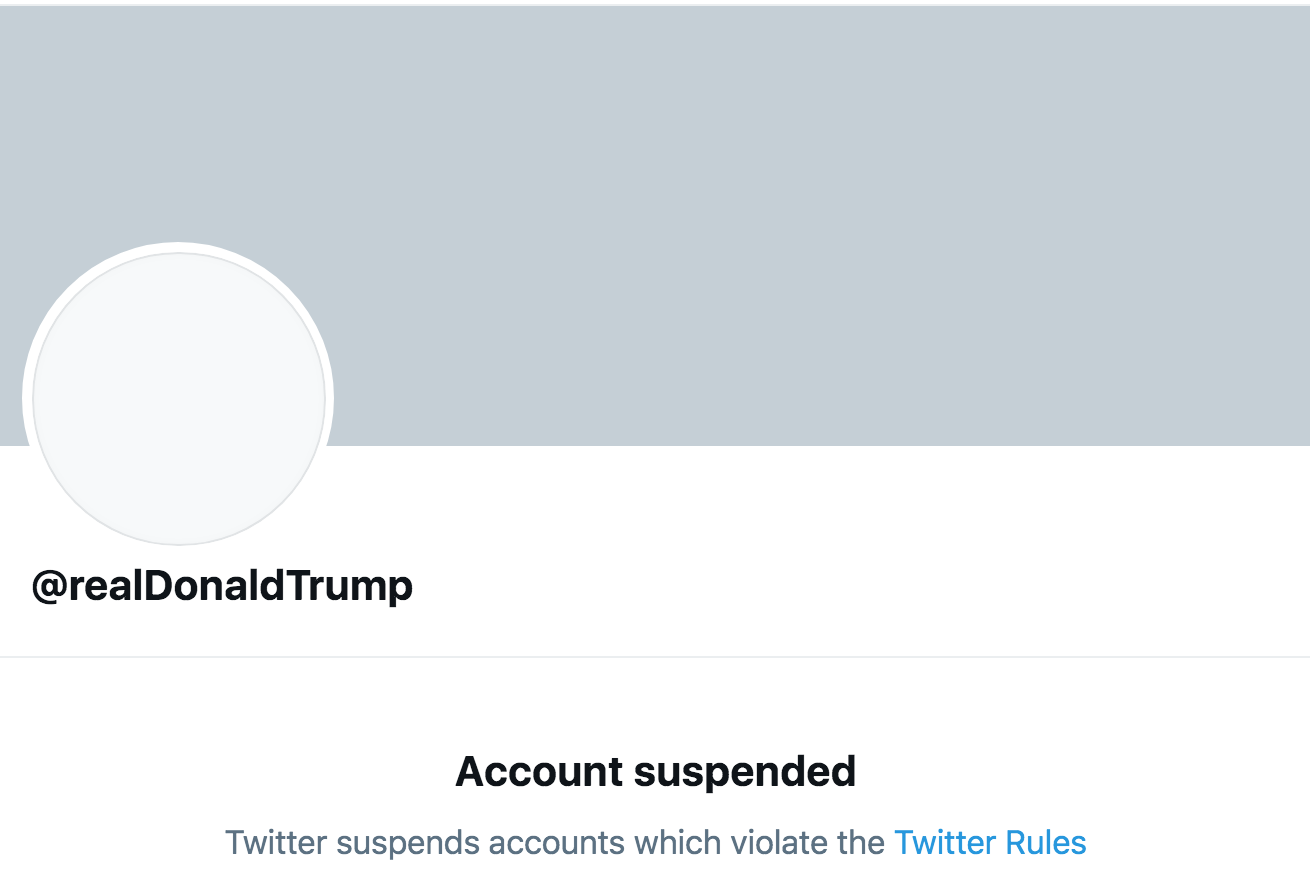 Here's my thinking. I'm sure Trump wanted to pardon all of the people who invaded the Capitol, but his handlers talked him out of it. If Trump had been able to continue manifesting his imbecilic impulsivity, it is very likely that he would have tweeted a multiplicity of statements that would prove his intent and guilt. Tweeting seemed to be one of the few things his handlers could not control with him.

It's hard to imagine him not tweeting congratulations and thanks to them. And he have probably found meme images to tweet as well, some of them by groups that will probably soon be listed as terrorist groups, as some US groups already are categorized in Canada.

I detest Trump, but it would have been better to give him his tweet freedom so he could hook himself. And we would be better off if the government kept out of restriciting freedom of expression. It's a far too slipper slope. Twitter had the right to do what it did, but it might have been better if it hadn't done it. Now, we'll never know.

Related Topic(s): Capitol Insurrection Jan 6; Capitol Riot; Donald Trump; Impeachment; Twitter, Add Tags
Add to My Group(s)
Go To Commenting
The views expressed herein are the sole responsibility of the author and do not necessarily reflect those of this website or its editors.