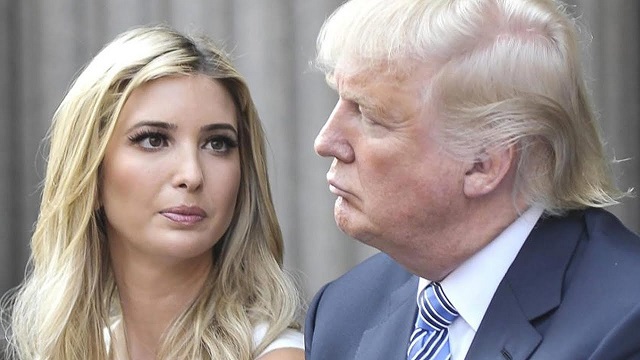 With ten minutes left to spare, someone prevailed on an amoral Donald Trump to call off the planned U.S. military attack on Iran. Trump later claimed that he did not want the deaths of 150 Iranians, the number estimated by the Pentagon who would have been killed in the pre-dawn attack, on his conscience. However, Trump has no conscience, so there must have been another reason.

It is well known that Trump only accepts counsel from his adviser and daughter, Ivanka Trump. Although it would take an army of Sigmund Freuds to figure out the odd father-daughter relationship between Trump and his daughter, one thing that may have caused Trump to change his mind about military aggression against Iran is the sizeable assets that Trump, his daughter, and the Trump Organization have in Middle East countries subject to Iranian retaliatory strikes.

It is a matter of Iranian military doctrine that in any military conflict with the United States, Saudi Arabia, the United Arab Emirates, Bahrain, and Israel the only nations making up Trump's current anti-Iran "coalition Iran will activate its sleeper cells in the region to militarily target key U.S. and other interests. Since Trump became president, the Iranians added a few symbolic targets to their strike list, including the Trump World Golf Club and the Trump International Golf Club in Dubai, the latter co-located with the Trump Estates at DAMAC Hills in Al Hebiah, the Third District.

Dubai has a large Iranian community and the Iranian sleeper cells have managed to securely integrate themselves into it.

Trump's Dubai partner, Hussain Sajwani, the chairman and founder of Dubai's DAMAC Properties, is also a likely target for Iranian sleeper cells and paramilitary units of the Iranian Revolutionary Guard Corps (IRGC) due to the billionaire developer's ties to Trump. The IRGC stands ready to insert paramilitary units into the UAE and Saudi Arabia to carry out sabotage missions behind enemy lines. It is noteworthy that DAMAC Properties' portfolio includes high-rise residential and commercial buildings and hotels in Dubai; London; Muscat; Lusail City, Qatar; Amman; Riyadh; and Beirut.

Ivanka Trump's product line of jewelry, clothing, shoes, handbags, perfumes, and other products is carried in several shopping malls, duty free stores, and hotel lobby shops in Dubai, Sharjah, Abu Dhabi, Doha, Manama, Kuwait, Riyadh, Jeddah, and other locations, courtesy of her business relationship with the Al-Sari family of Sharjah. The Al-Saris are invested in Gulf region real estate, entertainment, hotel, diamond, and other ventures. A war between the Gulf states and Iran would all but close down regular commerce throughout the Persian Gulf region and that would affect sales of Ms. Trump's products and her financial bottom line.

The IRGC and Iranian intelligence also has the ability to hit Trump assets far beyond the Persian Gulf region, including those in Azerbaijan, Israel, Brazil, India, Indonesia, the Philippines, Turkey, and Uruguay.

It would be in keeping with Trump's past tendency to put his private business interests ahead of all else that he canceled or, at least, postponed his war with Iran to protect his financial rear end.