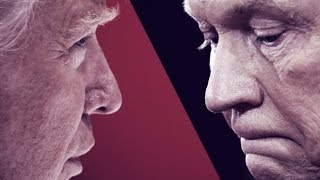 Since the appointment of Robert Mueller as special counsel to investigate ties between Russia and the Trump campaign, Donald Trump's fury has steadily mounted. Trump has railed against Mueller's investigation, repeatedly calling it a "witch hunt." But last week, as Paul Manafort's trial got underway and Trump expressed fear that his son, Donald Trump Jr., may be criminally implicated, the president's rage boiled over.

Was Trump's tweeted order that Attorney General Jeff Sessions "should stop this Rigged Witch Hunt right now, before it continues to stain our country any further" permissible under the "unitary executive" doctrine, or is it evidence of obstruction of justice by the president?

On March 2, 2017, after consultation with Justice Department officials, Sessions recused himself from the Russia investigation because of contacts he had with the Russian ambassador to the United States during the presidential campaign.

Later that month, in a meeting at Mar-a-Lago, Trump prevailed upon Sessions to un-recuse himself. Trump told his aides he needed a loyalist overseeing the Russia investigation. Sessions refused.

The task fell to Deputy Attorney General Rod Rosenstein to name a special counsel to lead the investigation. Rosenstein appointed Mueller in May 2017. Mueller's mandate: to investigate "any links and/or coordination between the Russian government and individuals associated with the campaign of President Donald Trump" as well as "any matters that arose or may arise directly from the investigation."

In early December of 2017, Trump tried again to have Mueller fired.

The pertinent Department of Justice regulation says a special counsel can "be disciplined or removed from office only by the personal action of the Attorney General," and only "for misconduct, dereliction of duty, incapacity, conflict of interest, or for other good reason."

Apparently aware of these grounds for removal of a special counsel, Trump tweeted that Mueller has a conflict of interest because of a fee dispute at Trump's National Golf Club in Virginia; Mueller's interview for FBI director before his appointment as special counsel; and Mueller's prior employment at a law firm that represents Jared Kushner, Trump's son-in-law.

But Rosenstein, the only person with power to fire Mueller, disagrees. Rosenstein told the House Judiciary Committee on June 28, 2018, that he is unaware of any "disqualifying" conflict of interest Mueller might have.

Nevertheless, the president's legal team is relying on the "unitary executive" doctrine to justify Trump's possible termination of the Mueller probe.

The "unitary executive" theory is a radical right-wing concept of all-encompassing presidential power. Trump lawyer Marc Kasowitz wrote in a confidential memo to Mueller on June 23, 2017, that "the President also possesses the indisputable authority to direct that any executive branch investigation be open or closed because the Constitution provides for a unitary executive with all executive power resting with the President."

On June 4, 2018, without citing any legal authority, Trump tweeted that the appointment of Mueller was "totally UNCONSTITUTIONAL!"

Related Topic(s): Mueller Investigation; Sessions-Jeff; Trump Illegality, Add Tags
Add to My Group(s)
Go To Commenting
The views expressed herein are the sole responsibility of the author and do not necessarily reflect those of this website or its editors.