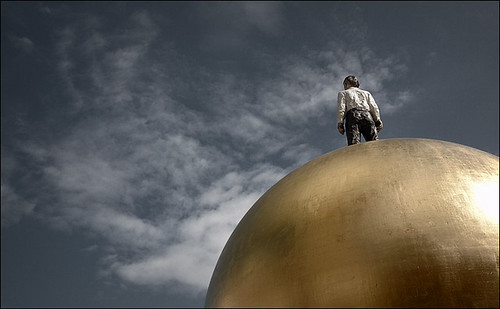 O God, I could be bounded in a nutshell, and count myself a king of infinite space -- were it not for the stench in this stall. For a good time call.

In the last couple of years I've been reviewing a lot of books about journeys, like they were going out of style. Carol King once sang, Why can't anyone stay in one place any more? I'm beginning to feel that way about my memories: they shift in the quicksand, no use trying to escape: You're going down in the flood, and it's your own damn fault, as the Bard from Duluth would say.

Maybe I'm drawn to such tales because I've been overseas myself now for more than 25 years, with few trips back since, mostly to New York, home of the hated Yankees, who my belove'd Sox finally humiliated in 2004 during my first full year overseas (wouldn't you know it: I'd have done almost anything to have been in the Eire Pub that October tossing back frosties when local pandemonium broke out after the umps confirmed that A-Rod was a sissy for interfering with a play by swatting at a defender's glove -- a call, going the Sox way for the first time, like, forever, seeming to assure that finally This Was The Year). On the road, in Taegu, when the Sox were most at home, feasting on some Yankee doodle dandy pie.

I've read and reviewed two books by Jacobin contributing editor Bele'n Ferna'ndez, including Exile: Rejecting America and Finding the World and Checkpoint Zipolite: Quarantine in a Small Place. These are the ongoing memoirs of an American who hated what she saw as the overly hysterical response to 9/11 (you can't learn lessons when you're hysterical) and decided to leave forever, providing funny and perceptive glimpses of cultures she wanders through, including, most recently, the Mexican town of Zipolite, where she got holed up at the onset of and lockdown caused by Covid-19. Like me, she's gained from the tyranny of distance from one's native culture; the white noise is filtered out, Trump stands naked, his dangleberries jingling in the breeze. It ain't pretty. Ferna'ndez reminds the reader of all the places out there that America has trampled with its grapes of wrath and terrible swift swords. Ferna'ndez drinks a lot, but, my, is she attractive.

The Boston Massacre: A Family History by Serena Zabin told me the story of the 29th Regiment. Stationed in Ireland, they were sent to the wasteland of Newfoundland, and finally called into to service to quell the troubles brewing in Boston as the British colonists there were upset at the new Stamp Tax, and, after arriving, became the firing squad of the Boston Massacre, that killed several locals, including the newly freed slave Crispus Attucks, the first to die (some things never change). As with the National Guard shots fired at Kent State students many decades later, the Massacre became a wake-up call that would eventually lead to the exceptional journey called the American Revolution and the Bill of Rights.

I reviewed a book about Daniel Defoe, Crusoe and his Consequences, which involved a re-evaluation of the mythologized 'rugged individualism' of the character Robinson Crusoe, who, essentially, runs away from home, turning his back of the Middle Way, and goes on to be a slaver and exploitative tobacco colonist who, far from suffering after his shipwreck on a remote island, was ironically doomed to live the middle class life he rejected back in England, enjoying the entire stores of the ship wrecked as it set of fully laden on its trip to Africa to pick up slaves. He rescued so much booze there was still some left when he and his "slave" Friday were finally "rescued" decades later. Yes, though without other human companionship for almost 30 years, when Friday escapes from cannibals, the first thing Crusoe does is enslave him -- minutes later. The second thing is he crossdresses him. The third thing is TMI. Crusoe didn't need his Polly any more.

In the memoir This Is What America Looks Like: My Journey From Refugee To Congresswoman, Ilhan Omar passes along the fascinating tale of her family's escape from the failed state of Somalia to the comfortable burbs of Minnesota, where a sizable and thriving Somalian refugee community exists. I read her narrative just as the George Floyd knee-neck story was breaking, out of which Omar emerged as one of the leading voices of rage against the murder. Neither Omar nor Floyd will ever be president of the US, but the stories of both reveal the incipient violence of American culture. Omar could do nothing but run from the violence back in Somalia, but in America she is a leading advocate of change in American foreign policy that is a leading contributor to failed states abroad. Amazing stuff. When Crusoe heard that Omar had arrived on island to free Friday and lecture him on his Mighty Whitey ways, Crusoe took an Excedrin and went to bed wearing a MAGA cap.

And another journey saw me jumping the queue into Australia with Behrouz Boochani, a Kurd on the lam from Iran, who, describes in his memoir, No Friend But the Mountains, how he tried to get into the country by boat -- against Oz policy -- and ended up being sent to a refugee camp on Manus Island (Papua New Guinea) where he languished, stateless and without hope of ever being allowed into Oz. That just pissed him right off: Hmph. The camp had internet access, mobile phones from Lefty advocates in Oz were smuggled in, and Boochani told his tale of the "shitty" conditions of the Australian-managed camp and condemned the "torture" regime, accretion by accretion, by way of WhatsApp, which became a top prize-winning bestseller after the same Lefties changed some rules of entry for the Victorian Prize ($125,000) to make non-citizen Boochani eligible, essentially successfully jumping the queue after all.

Anyway, bottom line, Boochani lives in New Zealand now, made wealthy by all the prizes, associateships at universities, media darlinghoods, plays (Manus premiered in Tehran in 2019, as a kind of cautionary tale to would-be lammers: Oz was not as friendly as the mountains -- fuckin play may have been sponsored by the Aussie government, for all I know) and operas, documentaries and movie rights to his story. As sad as his plight is/was, unlike the millions of Kurds he left back in the mountains of Whereverstan, Boochani's living high off the hog now, primarily thanks to Australian taxpayer largesse. The irony is, had Boochani made it into the country and become resident, his carping while overseas might have seen him "discovered beneath a truck," as the Bard from Duluth would say, after bad-mouthing this country of contradictions. Even his Lefty advocates would have had to look the other way. It's a mateship thing. Three degrees of separation. Un-fuckin-believable story (shakes his head and paces). How come he gets special treatment?

I miss America deeply, and I guess that accounts for the Journey reads. Like the wounded Hero on his journey I still seek the Lohengrin light, while keeping tabs on my alma materland, blessed with distance that improves perspective, but emotionally hungry to hear the voices of my compatriots again -- live and in person. It's been 13 years since I've been home, and now I'm unfit to travel, and heading into the last lap of my own journey that started in the Hank Williams black and white era and will end at the edge of a new paradigm -- the quantum and multiverses and AI consciousness.

Joseph Campbell, following in the footsteps of Carl Jung, posited in The Hero with a Thousand Faces an archetypal hero that crosses over into the unchartered territory of the Collective Unconscious, a realm of unchained dreams and symbols shared by all human everywhere, despite cultural differences, in the history of our species. We're all capable of the journey to personal heroism, beginning with a wound that sends us on a quest for meaning in our lives. I wonder where I am on that journey; I wonder where we are as a species. What was our wound? Maybe Hiroshima. Are we ready to be Superman? Or have we lost our golden balls forever?

Related Topic(s): Baseball; Golden Dawn; Golden Ratio; Golden Rule Boat; Golden Temple; Heroes; JOURNEY, Add Tags
Add to My Group(s)
Go To Commenting
The views expressed herein are the sole responsibility of the author and do not necessarily reflect those of this website or its editors.

STAY IN THE KNOW
If you've enjoyed this, sign up for our daily or weekly newsletter to get lots of great progressive content.
Series: "Diary Entry"