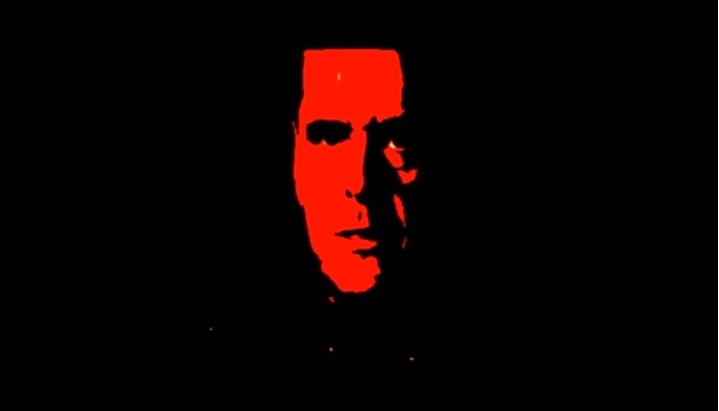 To hear Daniel Ellsberg tell it, the world came a lot closer to nuclear annihilation during the Cuban Missile Crisis than has ever been played up by the Press for our education. What's new? In his must-read book, The Doomsday Machine: Confessions of a Nuclear War Planner, Ellsberg delivers the astonishing news, not well-known even today, that had a planned US invasion of Cuba gone off as planned, it would have brought Doomsday. He writes,

...along with SAMs and ballistic missiles, they had been secretly equipped with over a hundred tactical nuclear weapons, warheads included...Yet not only had he done this, but also the Presidium had agreed to delegate authority to local commanders to use them against an invasion fleet, without direct orders from Moscow...The invasion would almost surely trigger a two-sided nuclear exchange that would with near certainty expand to massive U.S. nuclear attacks on the Soviet Union. [pp. 241-3, Ellsberg's emphasis]

Sometimes it seems what Ellsberg tells us is lost in the celebrity of his giving some back to The Man.

Of course, the other thing probably worth remembering -- well, it's right there in the title -- Ellsberg planned nuclear wars -- and, being so goddamned clever, was probably good at it, and, indeed, may well have been the archetypal Master of War that the Bard from Duluth, in his famous song, spat on his grave. Who knows, he doesn't say, but maybe the Big E was influenced by the Big D. Our romantic hearts want it to be so; so there it is. We wanted Dylan to be our savior, but, when he wouldn't be, some of us Lefties called him "a Jew." He went from Jesus to "Judas" in one breath -- talk about self-loathing Jews. He's reborn now and beyond the fray -- Hey! --

Ellsberg's book is a brilliant mea culpa. He spends two chapters discussing his role as an 'agitprop'. In the lead-up to the tension at Checkpoint Charlie, Roswell Gilpatric, Assistant Deputy Secretary of Defense, gave a speech (written by Ellsberg) to the Business Council on October 21, 1961 that for the first time implied that the US might engage the conventional forces of Soviets with nukes. This was news to the Soviets and after they eventually backed down at Checkpoint Charlie, Khrushchev was under a lot of pressure from his Politburo, writes Ellsberg, and the eventual Cuban missile confrontation is directly the result of avenging the Soviet stand-down in Berlin.

In a flash, the reader can see how that crisis pre-figured all the sword-rattling that has continued for decades, and represents, in scale, the fraught division between two systems of economy, culture, politics and military. America's adventurism overseas came home to roost in the Crisis and, arguably, is the reactionary impulse that eventually led to the so-called War on Terror. This is the crazy sh*t at play in the film, A Few Good Men, where modem military conservatism took root, and Nicholson's Colonel Jessup declares for us that Americans can't handle the truth that on the other side of that fence that divides Guantanamo and Cuba is an abhorrent way of life, and wealth redistribution, that we must be ever-vigilant against. Lest we and stuff. We must guard our 'freedom' with real men who long to have their female commanding officers blow them. And we must be ready to snuff out with Code Reds the lives of those amongst us who can't keep up with the program.

Cuba's willingness to allow Soviet nuclear missiles to deploy on their soil demonstrated that the long-standing fear among Military-Industrial types that Communism would spread its demon seed from Asia to America if left unchecked, and the next thing you know we'd have unions back and a more equitable distribution of 'our' common wealth. f*ck that sh*t, declared the Duane Clarridge types who took over foreign policy enforcement during the Nixon administration, intent on making sure such "nonsense" didn't happen. (It's no accident that Clarridge, who orchestrated the take-out of Allende in Chile was still at it in his last years as a 'contractor' in Afghanistan.) Castro's Marxist revolution was a success. And, by all rights, should have led to the cancellation of the Teddy Roosevelt era (1903) lease agreement that allows the US naval base in Guantanamo (45 sq. mi) to continue to operate. Cuba refuses to cash the $4000 annual lease checks in a subtle reminder that it wants its land back and that the US military isn't welcome there.

Before Guantanamo became the home of Camp Delta, the "detention" center that has stored alleged but uncharged "terrorists," it was Camp X-Ray, a processing center for thousands of Cubans wanting out of Cuba -- so-called "excludables" -- and desiring emigration to America. The 1994 exodus was known as Operation Sea Signal. Castro was happy to see them leave: Cuba -- Love it or leave it. Cubans wanting to enter the naval base for processing their requests for emigration to America had to cross a minefield though. Then, 9/11 changed the mission, and X-Ray was soon turned into Delta, a place for the "detention" and torture of "enemy combatants."

Today, after 20 years, Gitmo shows signs of the same commercial trappings as any US community with fast food joints to take the edge of a hard day's work of turning keys and hutting orders to subordinates, detainees and dogs. A&W, Mickey D's, KFC, Subway, Pizza Hut, Taco Bell and Starbucks are all represented. The franchises are owned by the military. Fast foods, mickey burgers, have, purportedly, beem used to break down the wills of detainees -- the f*cking freedom fries are the Satan incarnate -- good-copping with Happy Meals: How about that! It remind I of the days in Jericho /When we trodding down Jericho walls / These are the days when we'll trod through Babylon walls -- Hey! --

Gitmo, minus Delta, suggests the foreigner-friendly Green Zone in Kabul, with pampering set up for the war-weary Terror parser and narrative editor to fork down cheesecake and French wine at an outdoor cafe, and maybe look at some local converted tushy, if the day permits. And one thinks of the rush to Mickey D's in Moscow in 1990 after the Berlin Wall fell, with a crowd that looked a mile long in line to sample a mickey burger. America thought it owned the world after the Wall fell, and crowed about it triumphantly -- selling key chains with bits of the Wall, and installing, with great satisfactory humiliation, Boris Yeltsin in the Kremlin. Like Obama said during his lame duck transition period after Trump won in 2016, "We can do stuff too," meaning meddling in the other's electoral processes. The irony, if true, the absurdity of it all, in any case.

It also recalls for me the salvation of Camp Walker in Taegu, South Korea, where as a library volunteer, I was allowed the "privilege" of accessing the base and found relief from the stress of teaching at a local hagwon -- split shift, cash -- and was able to buy Gallo wine and pop tarts at the PX, and watch sports on a projection screen at a dining hall, work out at the gym, and generally, and often, wonder what the f*ck I was doing there. My students were fine, mostly university level students looking to put "English speaker" on their resumes, but, while I was there at least, talk of reunification was prominent, always coming up in class. It took time to realize that there was no true North/South Korea -- the status had been imposed on the nation after WW2 when the Japanese were evicted, and the Cold War between the US and the Soviets led to a division of Korea at the 38th parallel and the DMZ.

Ellsberg and his must-read book remind us that we are all probably f*cking crazy and that it's just a matter time before we start up and can't stop the Doomsday Machine that will leave no doubt that whatever else our species was, we were the bonkers species. The Animal Kingdom cleared a path and couldn't wait to see us go. But his book does present last gasp solutions. One do-able starting point for an historical exploration of and education about our policies toward the world. Maybe we can end drive-thru Democracies and drive-by enforcement of American exceptionalism.

With America's longest war over, maybe it;s time to not only close Gitmo, but give the base back to the Cubans and normalize relations with them. Let's cut the thit.

Related Topic(s): Cuban Embargo; Cuban Missile Crisis; Imperialism; Truth; Truth Is Enemy Of The State; Truth To Power, Add Tags
Add to My Group(s)
Go To Commenting
The views expressed herein are the sole responsibility of the author and do not necessarily reflect those of this website or its editors.

STAY IN THE KNOW
If you've enjoyed this, sign up for our daily or weekly newsletter to get lots of great progressive content.
Series: "Diary Entry"