Dialogue with A Yellow Dog Democrat


I recall engaging in a political dialogue with my next younger brother about 40 years ago.

There we see the logic of the traditional "Yellow Dog Democrat" ("YDD")  Brother Durull would vote for a yellow dog Democrat before he'd vote for any human Republican, etc.


The Fraudulent Denigration of Romney over Bain Choices

IMO, it would not matter whether Bain sucked the life out of corporations and left their corpses to rot in the sun, or whether that happened under the control of Mitt Romney or any other CEO.  That's business.  Get used to it.  Owners of a corporation don't owe jobs to society.  They owe dividends and increasing stock value to shareholders, they owe taxes to government, and they hire people like Soptic's wife ONLY for that purpose.  I guess Soptic didn't understand that, just like he doesn't have a clue about the ideals of good government.  And he probably loved Dubyuh's Democrat-like idea that "Every family owns their own home," like FDR's "chicken in every pot" mantra.  No corporation or government  owes that to the people of the land.  The people owe it to government and society to go get a job, pay their way through life, and pay their taxes.  And with that job money they buy stuff from corporations who hire people as needed to make and deliver the stuff.

Does anyone see the courts across America going after the banks that lent mortgage money to people they knew could not repay them, thereby collapsing homeowner equities and creating massive job loss?  Do courts routinely order cram-downs to make the mortgagees   shoulder the brunt of homeowner equity loss the way they should?  Didn't that predatory lending nonsense skyrocket on Dubyuh's watch?  (see the FCIC Report for info).  If the permanent-fixture judges of American courts don't attack lending corporations for making bad-faith loans and ruining property values, why should a fly-by-night presidential candidate? 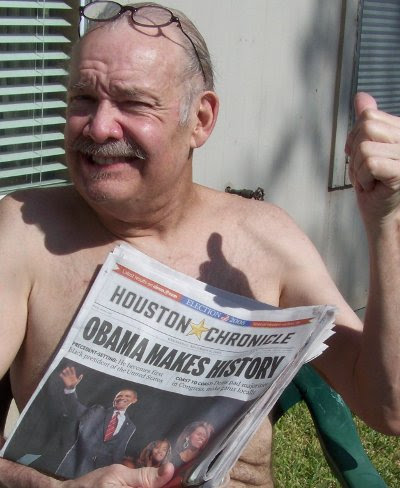 Related Topic(s): America; Democrat Hypocrisy; Democratic Party; Dialog With Politicians; Education; FDR; Government; Jesus; Logic; People; (more...) Yellow Dog; Yellow Dog Democrat, Add Tags  (less...)
Add to My Group(s)
Go To Commenting
The views expressed herein are the sole responsibility of the author and do not necessarily reflect those of this website or its editors.

Can You Call It Martial Law?

Dialogue with A Yellow Dog Democrat