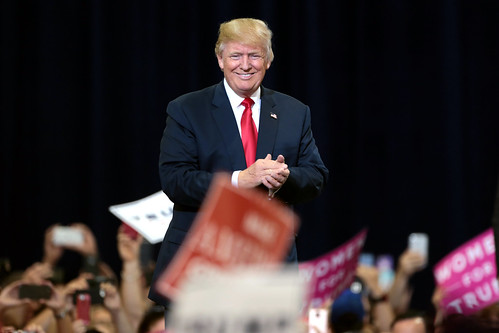 Duluth, Minnesota (OpEdNews) January 3, 2020: The American writer and cultural critic Lee Siegel (born in 1957) kicked off the new year with a rather bleak op-ed in the New York Times titled "Why Is America So Depressed?" (dated January 2, 2020). Briefly, he contends that our politics and our collective mental health have declined rapidly at about the same time recently. But he also notes, in passing, certain continuing trends that emerged in the 1950s and 1960s and later trends widely reported in print media, radio, and television over the decades.

Siegel says, "The American Psychiatric Association reported that from 2016 to 2017, the number of adults who described themselves as more anxious than [they were in] the previous year rose 36 percent. In 2017, more than 17 million American adults had a new diagnosis of a major depressive disorder, as well as three million adolescents ages 12 to 17. Forty million adults now suffer from an anxiety disorder nearly 20 percent of the adult population. (These are the known cases of depression and anxiety. The actual numbers must be dumbfounding.)"

Siegel also says, "The really sorrowful reports concern suicide. Among all Americans, the suicide rate increased 33 percent between 1999 and 2017."

Overall, the mental-health issues that Siegel describes are so extensive and so serious that they will challenge our mental-health services.

In addition, Siegel says, "All of this mental carnage is occurring at a time when decades of social and political division have set against each other black and white, men and women, old and young. Beyond bitter social antagonisms, the country is racked by mass shootings, the mind-bending perils of the internet, revelations of widespread sexual predation, the worsening effects of climate change, virulent competition, the specter of antibiotic-resistant bacteria, grinding student debt and crises in housing, health care and higher education. The frightening environment helps cause depression, depression causes catastrophic thinking, and catastrophic thinking makes the environment seem even more terrifying that it is."

Whew! Did Siegel skip over or omit any other bleak news? In all honesty, I don't think that Siegel will be a viable candidate for the Democratic Party's presidential candidate in 2020.

Now, I am reasonably sure that Siegel is not familiar with the thought of the American Jesuit Renaissance specialist and cultural historian Walter J. Ong (1912-2003; Ph.D. in English, Harvard University, 1955).

According to Ong's admittedly sweeping account of our Western cultural history, the communications media that accentuate sound reached a critical mass around the 1950s and 1960s with the emergence of widespread use of television. Ong considers the critical mass of communications media that accentuate sound so significant that he refers to them collectively as inaugurating secondary oral culture in our contemporary Western cultural history.

If you are ready to undertake a deep dive into Ong's thought about primary oral cultures, check out his 1967 seminal book The Presence of the Word: Some Prolegomena for Cultural and Religious History (Yale University Press), the expanded version of his 1964 Terry Lectures at Yale University.

For the sake of discussion, let's say that Siegel may be right about these claims in this one sentence.

At first blush, Siegel's reference to catastrophic thinking may call to mind Richard Hofstadter's famous characterization of the paranoid style in American politics the style most associated today with the Republican Party and President Donald J. Trump.

For an informed discussion of Trump's mental health, see Justin A. Frank's 2018 book Trump on the Couch: Inside the Mind of the President (Avery/ Penguin Random House).

Nevertheless, Siegel's sentence about catastrophic thinking can also be used to characterize people in what Ong refers to as primary oral cultures. According to Ong, people in primary oral cultures, for understandable reasons, tend to live perpetually in a frightening environment. Consequently, for understandable reasons, they tend to be paranoid, figuratively speaking (e.g., as Hofstadter uses the term, not as psychiatrists use the term clinically). Therefore, they also tend to engage in what Siegel refers to as catastrophic thinking in plain English, they tend to catastrophize (i.e., they tend to see perceived catastrophes as the end of the world as they know in other words, they tend to be apocalyptic).

Related Topic(s): American Culture; Anxiety; Communications; Communications; Depression; Health Psychology-Mental Health; Mental Health; Mental Illness; Plato; Television; (more...) Trump, Add Tags  (less...)
Add to My Group(s)
Go To Commenting
The views expressed herein are the sole responsibility of the author and do not necessarily reflect those of this website or its editors.