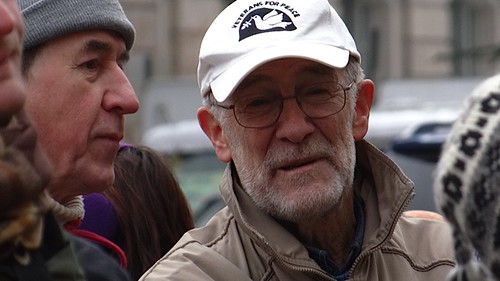 This is an extraordinary and highly truthful article by former CIA official Ray McGovern who was the responsible official for the daily briefing of the President of the United States. Be sure to read it.

McGovern has proven over and over on many occasions that he is a person of integrity, honor, and intelligence. Ray McGovern should be the Director of the CIA. He would be welcomed by the CIA analysts who resent their political use, and we would have an honest intelligence agency, which is what we need.

Rep. Devin Nunes, Chairman of the House Intelligence Committee, said that those in the FBI and Obama Justice (sic) Department who intentionally orchestrated false charges against the President of the United States will be put on trial, if they have violated the law, as they are no longer tolerated as being above the law. In my opinion, it is a foregone conclusion that they have violated the law of the United States of America.

Rep. Nunes, who is likely to be assassinated by the FBI, CIA, military/security complex, or DNC at any time, said that:

"The committee is closing down its investigation into possible collusion between Moscow and the Trump campaign; no evidence of collusion was found."

Asked about Schiff's criticism that Nunes behaved improperly on what he called the "midnight run to the White House," Nunes responded that the stories were untrue. "Well, most of the time I ignore political nonsense in this town," he said. "What I will say is that all of those stories were totally fake from the beginning."

Adam Schiff is, in my opinion, clearly the CIA/FBI's point man in the House. Everything Schiff says is supportive of the CIA/FBI plot against the President of the United States and the American people. Hopefully Schiff will be in the dock with Brennan, Comey, Mueller, Clapper, Hillary and sent to prison with them.

In the United States there is no one to represent the rule of law but Devin Nunes. Stand by him as he will be under heavy attack from the utterly corrupt presstitutes who never serve truth, only their pocket book enriched by their subsidies from the CIA.

Related Topic(s): CIA; Devin Nunes; Government; Presidential Powers; Ray McGovern, Add Tags
Add to My Group(s)
Go To Commenting
The views expressed herein are the sole responsibility of the author and do not necessarily reflect those of this website or its editors.