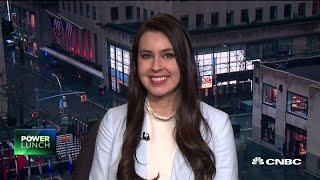 For some emerging Presidential Primary journalism is obligatory business; for some it is a hobby, and for some it is a passion. I read a lot of other people's works, especially what appears in the emerging key states like South Carolina, Nevada, Virginia, and in this case, Michigan.

The shortened lightly edited excerpt below comes from Detroit Metro Times, the largest circulating weekly in the state of Michigan. The incisive evaluation coupled with some trenchant humor is quite brilliant, and I hope portends further such illuminating pieces in the rest of Michigan's newspapers, which are not entirely controlled by the corporateBrain Dead Bilge 6th-Grade Conceptual folks. Truth is always way stranger than fiction.

The Intercept : Bloomberg "upended the Democratic presidential primary with an infusion of cash that has smashed through historical records in a matter of weeks", having already spent $363 million on cable, broadcast, and radio advertisements. It's amazing what a barrage of TV ads can do, because Bloomberg is waging an [awful] campaign otherwise. He declined an interview with the New York Times' editorial board for its splashy primary endorsement rollout after the paper wouldn't postpone its timeline to accommodate Bloomberg, who explained "that he did not yet have positions on enough issues."

Earlier this month, Bloomberg paid social-media accounts like @fuckjerry, @GrapeJuiceBoys, and @Tank.Sinatra to run sponsored ads in support of Wannabe Mike, but it's hard to tell if they're real. (They are.) showing Bloomberg screenshots promising to spend lots of money for them to make him look hip, but Bloomberg looks like the out-of-touch billionaire he is. Why would someone spend money on this?

Hilariously, 2 of the 3 "Bernie Bros" mentioned in the release are black women. These aren't vicious "attacks"; these are objectively criticisms of Bloomberg's record. Bloomberg is an oligarch; he's the ninth-wealthiest person in the world, worth an estimated $62 billion and change; his reign as mayor is under scrutiny due to stop-and-frisk policies targeting black and Latino youth at higher rates than white people; federal courts later declared the practice to be racially discriminatory. Bloomberg is under fire for his administration's spying on Muslim New Yorkers.

In Michigan, Bloomberg has been following the playbook of multimillionaire Democratic gubernatorial candidate Shri Thanedar, who won the Motor City after dumping more than $10 million into local ads (but ultimately finished last in the primary). Bloomberg has spent $7.5 million on ads in Michigan and has met with nearly 80 black Detroit pastors. He's taken out ads in Arabic and English in the Arab American News, and sent campaign representatives to meet with Arab-American leaders, but the outreach has been met with skepticism and criticism by some in the local Arab-American and Muslim communities who aren't buying it.

"Under Bloomberg's Muslim-spying program, reading an Arab-American newspaper in public or speaking Arabic would have been justification enough to be surveilled by the NYPD," said Scott Simpson with Muslim Advocates, "Bloomberg is campaigning in the same language he once flagged as a warning sign; NYPD's Muslim-spying program profiled people based on their ethnic origin, the types of restaurants they went to, the language they spoke or whether they attended a mosque."

The author is Leyland "Lee" DeVito, who grew up in Detroit's suburbs, where he read Metro Times religiously due to teenage-induced boredom. He became a contributing writer for Metro Times in 2009, and Editor in Chief in 2016.

Related Topic(s): Billionaire Kleptocracy; Billionaires; Detroit; Michael Bloomberg, Add Tags
Add to My Group(s)
Go To Commenting
The views expressed herein are the sole responsibility of the author and do not necessarily reflect those of this website or its editors.