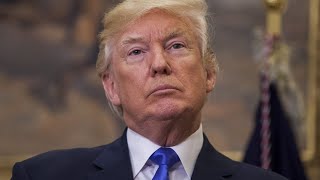 Under Trump Government websites have either altered or scrubbed references to climate change.
(Image by YouTube, Channel: Newsy)   Details   DMCA

Part I -- Deteriorating Climate on the Home front

Here in the United States, the socio-political climate has never been pristine. Normally, it amounts to maintaining an environment wherein the rich stay rich and all others stay hopeful -- except for the segregated and downtrodden. Therefore, it is notable that between the 1960s and early 2000s, the social environment did improve: it got more equalitarian -- the social rules favored tolerance. But, of course, it didn't last.

With Donald Trump's election, a harsh reaction to this bit of progress set in. Thus, the nation's social climate has been steadily deteriorating for over three years, thanks to President Trump's conspicuous habit of acting out both his narrow-minded, often bigoted, conceits (legal and otherwise) and his adolescent frustrations. In behaving this way, Trump has, by his own example, liberated the seedy, sleazy and sordid among the American population -- many of them armed with religious self-righteousness and extraordinary capitalist greed, to say nothing of the firearms some of them carry.

Here is how Sunita Sah, an associate professor of Management at Cornell University, contextualizes the present situation: "President Donald Trump regularly uses blatant violations of long-established social and political norms to signal his 'authenticity' to supporters. Asking foreign countries to investigate and deliver dirt on his political opponents, which prompted an impeachment inquiry in the U.S. House of Representatives, is the most recent example in a long string of norm-shattering behaviors." He goes on to tell us why this is important: "Norms are perceptions or beliefs about what we understand the rules for acceptable behavior to be."

Norms or rules of behavior can be shifted. For instance, the consequences of Supreme Court decisions to support gay rights or the legality of abortion shifted societal norms in a more tolerant and humane direction. Trump's election began a process aimed at reversing this direction -- you can see this in his Supreme Court nominations.

Donald Trump, being a hardly disguised racist and supporter of white nationalism, has authored this regressive turn. Another four-year term for this presidential bigot and it will take a generation for the U.S. to dig itself out of the resulting social morass.

In the meantime, the global atmospheric climate is deteriorating as well. This, of course, is not just a local affair, but there is a hometown connection. The U.S. is one of the worse atmospheric polluters (others include China and India). Here again, President Trump and his supporters defy the norms. Despite cumulative evidence of global warming and its imminent dangers, his administration scornfully dismisses it because it gets in the way of "economic prosperity." Being inconvenient, Trump has decided it isn't real.

Thus, while U.N. Secretary-General António Guterres warned that the "point of no return is no longer over the horizon. It is in sight and hurtling toward us," the U.S. president blithely continued to roll back regulations designed to limit

greenhouse gas emissions. Here is how Dr. Michael E. Mann, director of the Penn State Earth System Science Center, characterizes such behavior: "He [Trump] is locking in permanent, irreversible damage to our environment through his irresponsible environmental policies, including his efforts to block progress on climate change. ... Once we go beyond key tipping points -- the melting of the major ice sheets -- there is no going back."

This is the "climate" that surrounds the present (Dec. 2-13) meeting going on in Madrid, Spain, the goal of which is to galvanize the world's industrialized countries and get them to move toward "carbon-neutral economies" while also lending the necessary aid to poorer nations which, on their own, do not have the resources to achieve this goal.

You would think that this is a no-brainer, one of those life-or-death situations, like an invasion -- in this case an invasion of seawater, the rising levels of which will put in jeopardy millions of people in major coastal cities if the current trajectory of 3°C (5.4°F) increase in temperature comes about. Among these cities are Miami, Rio de Janeiro, Osaka and Shanghai. Then there are the disappearing Pacific islands. It is a no-brainer that should trigger a rapid and effective response. But, not in Trump's Washington, where it has been decided to send low-level officials to the Madrid meeting. By doing so, the president helps put a planetary population in the position of a "dead man walking."

So what is the common denominator when it comes to President Trump's approach to these two deteriorating climates?

Related Topic(s): Beliefs; Climate Change Deniers; Frustration; Policies; Self-interest; Trump, Add Tags
Add to My Group(s)
Go To Commenting
The views expressed herein are the sole responsibility of the author and do not necessarily reflect those of this website or its editors.