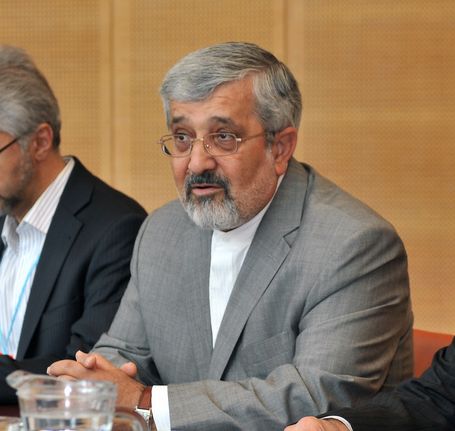 The first detailed account of negotiations between the International Atomic Energy Agency and Iran last month belies earlier statements by unnamed Western officials portraying Iran as refusing to cooperate with the IAEA in allaying concerns about alleged nuclear weaponization work.

The detailed account given by Iran's permanent representative to the IAEA, Ali Asghar Soltanieh, shows that the talks in February came close to a final agreement, but were hung up primarily over the IAEA insistence on being able to reopen issues even after Iran had answered questions about them to the organization's satisfaction.

It also indicates that the IAEA demand to visit Parchin military base during that trip to Tehran reversed a previous agreement that the visit would come later in the process, and that IAEA Director General Yukia Amano ordered his negotiators to break off the talks and return to Vienna rather than accept Iran's invitation to stay for a third day.

Soltanieh took the unprecedented step of revealing the details of the incomplete negotiations with the IAEA in an interview with IPS in Vienna last week and in a presentation to a closed session of the IAEA's Board of Governors Mar. 8, which the Iranian mission has now made public.

The Iranian envoy went public with his account of the talks after a series of anonymous statements to the press by the IAEA Secretariat and member states had portrayed Iran as being uncooperative on Parchin as well as in the negotiations on an agreement on cooperation with the agency.

Those statements now appear to have been aimed at building a case for a resolution by the Board condemning Iran's intransigence in order to increase diplomatic pressure on Iran in advance of talks between the P5+1 and Iran.

Soltanieh's account suggests that Amano may have switched signals to the IAEA delegation after consultations with the United States and other powerful member states which wanted to be able to cite the Parchin access issue to condemn Iran for its alleged failure to cooperate with the IAEA.

Parchin had been cited in the November 2011 IAEA report as the location of an alleged explosive containment cylinder, said by one or more IAEA member states to have been used for hydrodynamic testing of nuclear weapons designs.

The detailed Iranian account shows that the IAEA delegation requested a visit to Parchin in the first round of the negotiations in Tehran Jan. 29-31 and that it asked again at the beginning of the three "intercessional" meetings in Vienna for such a visit to take place at a second negotiating round in Tehran Feb. 20-21.

Soltanieh recalled, however, that during three "intercessional" meetings in February with IAEA Deputy Director General for Safeguards Herman Nackaerts, and Assistant Director General for Political Affairs Rafael Grossi, the two sides had reached agreement that the IAEA request for access to Parchin would be postponed until after the Board of Governors meeting in March.

But when the IAEA delegation arrived Feb. 20, it renewed the demand to visit Parchin, according to Soltanieh's account.

"At the beginning of the meeting the first day, they said the director general had instructed them to give a message to us that they wanted to go to Parchin today or tomorrow, despite what we had clearly agreed two weeks earlier," Soltanieh told IPS.

Soltanieh told the Board of Governors that the negotiating text on which the two sides were working at the Feb. 20-21 meeting provided specifically for a visit to Parchin as well as other sites in conjunction with Iran's actions to clear up the issue of "hydrodynamic experiments" -- the allegation by an unnamed member government published in the November 2011 IAEA report.

In response to the renewed request for a visit to Parchin, Soltanieh offered to let the delegation visit the Marivan site, where the same November report said the agency had "credible" evidence Iranian engineers worked on high-explosives testing for a nuclear device.

Related Topic(s): IRAN NO NUKES; Iaea; International; Iran, Add Tags
Add to My Group(s)
Go To Commenting
The views expressed herein are the sole responsibility of the author and do not necessarily reflect those of this website or its editors.