(Image by Northridge East Neighborhood Council)   Details   DMCA
tps://www.nenc-la.org/wp-content/uploads/2018/08/NENC-Approved-Bylaws-08.01.18-1.pdf">To provide a forum for public discussion of issues and to advise the City of Los Angeles on issues concerning City governance, the needs of this Neighborhood Council, the delivery of City services, and matters of citywide interest."
- NENC Bylaws

In the four months since former Los Angeles City Councilmember Mitch Englander was indicted as part of a wide-ranging corruption investigation, his former Chief of Staff has refused to reveal if he is "City Staffer B" as described by prosecutors. This information is relevant to the public as John Lee is the present City Councilmember for Council District 12. The people he represents deserve to know if he has potentially engaged in the illegal behavior detailed in the indictment.

At the request of their constituents, the Executive Committee of the Northridge East Neighborhood Council (NENC) placed a motion on the July 15, 2020, board meeting agenda proposing to "send a letter of inquiry into whether Councilmember John Lee was "City Staffer B" referenced in a Federal indictment against former Councilmember Mitchell Englander." 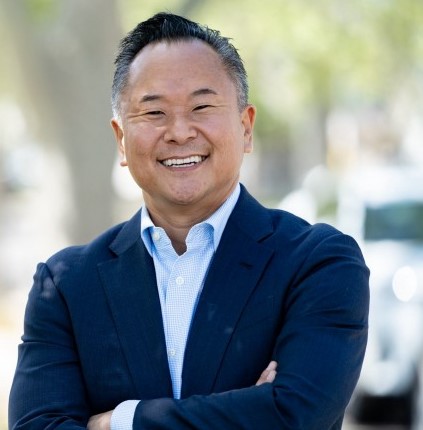 On the morning of the meeting, NENC President Glenn Bailey sent an email to the rest of the council stating that "based on the advice provided by the Office of the City Attorney, [the council] would not be considering agenda item 11e" that night. Saying that he was following the instructions of City Attorney Elise Ruden, Bailey did not allow the entire council to see her complete email. Instead, he shared an excerpt and classified it as being "confidential". In the segment he provided, the resolution before the board was treated as an investigation instead of a call for accountability.

When Bailey was asked why the resolution could not be amended instead of pulling the entire item he requested that suggested wording be provided. He then submitted this new version to the City Attorney. Again, the full response was not provided, but an excerpt (again marked confidential) made it clear that the wording of the proposed resolution was not the problem; asking the councilman if he was the person named in an indictment of his former boss was not acceptable. In an apparent attempt to scare the elected members of the neighborhood council into complying with the attorney's demand, a document entitled "Personal Liability for Neighborhood Council Board Members" was attached to the email.

(Image by Porter Ranch Neighborhood Council)   Details   DMCA
Asaad Alnajjar is one of the members of the PRNC and he questions the way that the City Attorney's office inserted themselves into the consideration of the motions. He concedes that one of the rolls of this office "is to ensure that all City entities abide by the law and rules." However, in addition to Neighborhoods, the office also represents the City and the members of the City Council. This represents a clear conflict of interest, especially when two of the entities are on separate sides of a conflict.

The neighborhood councilmember believes that the actions by deputy City Attorney in blocking the PRNC resolutions "clearly show an abuse of authority and a violation of the Neighborhood Council members' First Amendments Right to speech."

Alnajjar strongly believes that since "John Lee's issue is a public matter now, the City Council needs to seriously investigate any and all ethics violations by Mr. Lee during his years of service either as a staffer or as a Councilmember." He notes that "Blocking CD 12 Neighborhood Councils is not going to make these alleged violations go away. Maybe Mr. Lee got away with sexual harassment before, but corruption is a crime that all constituents need to know about it." He believes that an Ethics investigation is overdue."

Another PRNC board member adds: "The events taking place now clearly show that the Deputy City Attorney has miscalculated her moves and acted irrationally to issue a gag order on the PRNC. Her actions clearly show collaboration with Councilman Lee's office in assisting another PRNC board member in alleging a Brown Act Violation. The whole fiasco was an illegal attempt to stop neighborhood councils from looking into the multiple known ethics violations by Mr. Lee. Eventually, the city ethics will need to investigate and share findings with the public. As a community, we should be completely outraged and deeply concerned. I believe that we should hold City Councilman John Lee accountable in terms of demanding an investigation."

In speaking with other neighborhood council representatives, it is clear that there is an unwritten rule that in order to maintain access to city councilmembers' offices that is needed to advocate on behalf of constituents, it is necessary for councils to not confront members of the city council directly. In one example retribution was flagrantly enacted as it was alleged that a council lost their public meeting space after a confrontation with their representative. This has resulted in an inability to get the issue of the ethical issues surrounding Lee before some councils.

After hearing over 20 minutes of public comment, which was overwhelmingly supportive of the resolution, the NENC voted to override its president and place the item back on the agenda. After board discussion, the proposed resolution was amended to read as follows:

This council would request clarity from Councilmen Lee's office as to whether Councilmember Lee is "Staffer B" in the FBI Federal indictment against former Councilmember Mitchell Englander. Furthermore, this council would request that the Ethics Committee look into Councilman Lee's involvement in the PLUM (Planning and Land Use Management)" committee considering his involvement in the current FBI corruption investigation.

Related Topic(s): Occupy Los Angeles, Add Tags
Add to My Group(s)
Go To Commenting
The views expressed herein are the sole responsibility of the author and do not necessarily reflect those of this website or its editors.