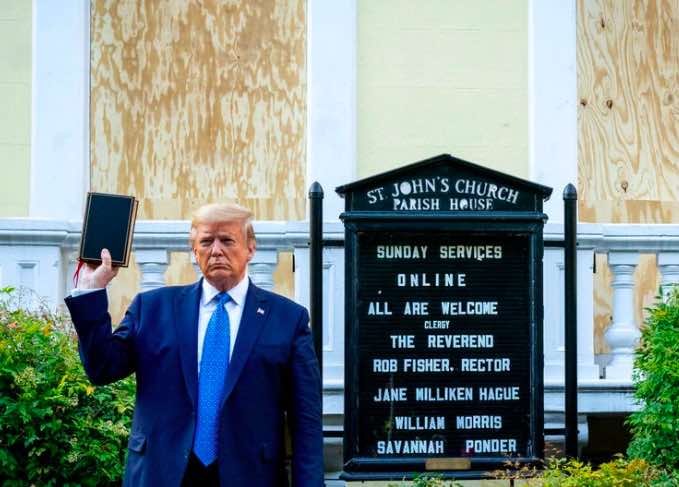 (Image by unknown)   Details   DMCA
This war image has caused the fire to spread
throughout much of the world.

(Author note: This article begins a series on Denmark's anti-sovereignty foreign policy support for US imperial wars, as well as Danes solidarity with anti-racist, anti-police brutality resistance in the US and at home.)

"Just as our neighbors to the South were never alone, this time the US people are receiving the solidarity of millions throughout the world," wrote the Council on Hemispheric Affairs, June 4.

This research-information organization (COHA) promotes inter-American relations since its founding in Washington DC, in 1975. It points out that the US has consistently intervened and invaded Latin America and allowed and encouraged its preferred national leaders to commit horrendous human rights abuses.

The organization writes that it has "exposed the underside of corrupt governance in Latin America"today that corruption is undeniably present in our front yard."

Latin Americans are now demonstrating against US internal racism and police brutality in several Caribbean and South American countries. European colonialists had first enslaved indigenous and African peoples before the US pushed Europe aside, in order to take over oppressing and dominating the same peoples. Many Latinos protest US's "manifest destiny" intervention in front of the "Embassy of Death" as they call the United States Embassy.

Their anger and solidarity with US rebels has carried over to Europe, which has more than not turned its head away from US oppression and hypocrisy. European governments are at the beck and calling when the US decides to invade countries with the excuse of "protecting human rights".

The Council on Hemispheric Affairs joins in this "world-wide outcry", and asks the United Nations to condemn US's repression of peaceful protestors and media workers covering them. COHA also asks the UN to condemn the "longstanding practice of systemic racism. If the US is not called to account, the multilateral system would indeed be guilty of the same racist chauvinism on display within the US borders."

Demonstrations are occurring in many cities throughout Western Europe, from Copenhagen, Berlin, Paris, Munich, Brussels to London. At the recent Munich Security Conference Chairman Wolfgang Ischinger inked a solidarity statement with the possibility that US America is "no longer" (sic) the place where "I have a dream" is real and a universal program.

Twenty thousand people demonstrated before the "Embassy of Death" in Paris in solidarity with the rebellion in the US and demanded a reopening of an investigation into the killing of 24 year-old Adama Traore's. He died at the hands of French police hands, who were observed pressing hard upon his heart.

Related Topic(s): American Hegemony; American Political Prisoner Released; Demonstrations; European Descended People; Protestors; Racism; Uprisings; Vikings, Add Tags
Add to My Group(s)
Go To Commenting
The views expressed herein are the sole responsibility of the author and do not necessarily reflect those of this website or its editors.