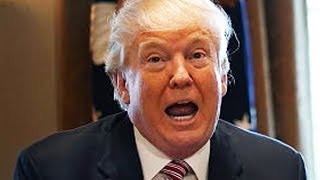 While attention has been focused on the Democratic debate in which most contenders are pushing progressive policies, congressional Democrats have moved in the opposite direction. They caved on an emergency border supplemental appropriation that can now be used by Trump to make the border situation worse, not better.

This is how it happened, folks. The House had been working on a $4.5 billion emergency border supplemental appropriation designed to respond to the inhumane conditions in migrant holding cells. The goal was to use the funds to improve standards for migrants, and include safeguards to prevent Trump from using the money to finance deportation raids or his border wall.

But then Mitch McConnell and Senate Republicans, along with a number of Senate Dems, came up with their own $4.6 billion bill containing none of the safeguards to limit the funding to emergency aid, even earmarking some of it to continue Trump's draconian immigration policies, including funding for ICE and funds that could be used for additional tent camps to warehouse more migrants. Chuck Schumer did nothing to keep the House safeguards in the Senate bill.

Worse yet, when the Senate bill got to the House, Democratic centrists led by Josh Gottheimer organized enough votes to block the House from putting the safeguards back into the bill.

Nancy Pelosi caved, accepting a bill her House majority had no hand in writing and the House passed the Senate version, with 129 Democrats supporting it.

So a week of disgusting images at the border that repulsed a nation ended with Trump getting more money to carry out the same abuses, without accountability.

Why were Dems in the Senate and Dem centrists in the House so willing to accommodate Trump on an issue that is exploding into public consciousness? As David Doyen of the American Prospect asks, if Democrats don't have the backs of children sleeping in cages, whose backs will they have?

Related Topic(s): Border Dispute; Democratic Sellout; Democrats; Democrats Lose; Funding; Immigration; Trump, Add Tags
Add to My Group(s)
Go To Commenting
The views expressed herein are the sole responsibility of the author and do not necessarily reflect those of this website or its editors.