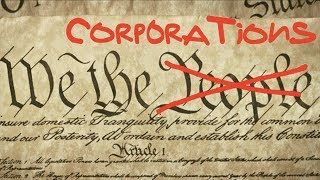 It's August in the Hamptons, Cape Cod and Martha's Vineyard in the year before a US presidential election. That means it's time for the moneyed elite of New York and Boston to throw open their palatial summer residences to fundraisers for the Democratic and Republican presidential candidates.

President Donald Trump made the circuit in early August, vacuuming up $12 million in campaign contributions in a long weekend. His Democratic opponents have been following suit throughout the month.

Trump's poll numbers may be plummeting -- his approval rating has fallen to 40 percent, and he posted an average of only 38 percent in hypothetical match-ups with four top Democratic rivals -- but he has deep support among the super-rich, for whom his 2017 tax cut provided a bonanza of more than $1.5 trillion.

Among those hosting Trump were Hamptons real estate magnate Joe Farrell, at his 17,000-square-foot Sandcastle mansion, and hedge fund billionaire Stephen Ross, who held a fundraiser at his Southampton home.

Similar social types -- with the occasional film director and rock star thrown in -- have mobilized to back Democratic candidates.

The weekend of August 17-19 brought Kamala Harris and Cory Booker to the region for a slew of fundraisers; the current weekend features Joe Biden; Labor Day weekend will bring Pete Buttigieg. The four are the big favorites of the Democratic Party wing of the Wall Street, hedge fund and investment banking crowd who occupy seven-figure and eight-figure premises along the beaches of Long Island and Nantucket Sound.

Senator Harris held a fundraiser hosted by director Spike Lee on Martha's Vineyard, the island off the Massachusetts coast, and a separate reception hosted by real estate developers Nancy and Dick Friedman, who had bundled money for the Clinton campaign in 2016, as well as five separate fundraisers in the Hamptons, with tickets ranging from $1,000 to $2,800, the maximum that any individual can donate to a presidential candidate.

Bloomberg News headlined its report on the Harris fundraisers as follows: "'I Believe in Capitalism': Kamala Harris Courts Big Donors in the Hamptons."

The report began: "Teslas and Maseratis lined the street as Kamala Harris greeted guests sipping drinks from plastic cups with her name on them and eating cinnamon sugar donuts from Dreesen's at a fund-raiser hosted by movie executive Jamie Patricof and his wife Kelly as the summer of Democratic fund-raisers rolled on in East Hampton."

Harris reportedly told her well-heeled audience that she no longer supported the Medicare for All plans proposed by Democratic rivals Bernie Sanders and Elizabeth Warren, although she was a co-sponsor of the bill Sanders introduced in the Senate.

Among those hosting fundraisers for Harris, besides the Patricofs, were public-relations executive Michael Kempner, at Water Mill, private equity boss Frank Baker, in Southampton, and Jon Henes, a partner at the Wall Street law firm of Kirkland & Ellis, at his home in Sagaponack. Combined, the events raised more than $1 million for the Harris campaign.

The final fundraiser on Sunday night went head-to-head with another at the home of musician Jon Bon Jovi, raising money for another Democratic presidential candidate, Senator Cory Booker. Tickets started at $1,000 per person.

Former Vice President Joe Biden appeared at two Cape Cod fundraisers the same weekend, one at Harwich Port, before a larger group at a local beer garden, followed by a dinner at the South Yarmouth home of financier Alan Leventhal. At the second venue, Biden was at pains to reject the "left" pronouncements of several of his rivals for the Democratic nomination.

Patrick Martin writes for the World Socialist Website (wsws.org), a forum for socialist ideas & analysis & published by the International Committee of the Fourth International (ICFI).
Related Topic(s): Democratic; Donors; Election; Money; Republican, Add Tags
Add to My Group(s)
Go To Commenting
The views expressed herein are the sole responsibility of the author and do not necessarily reflect those of this website or its editors.