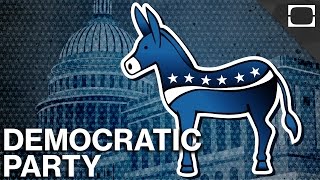 As more details become available from the off-year elections held November 5 in a half-dozen US states, it becomes increasingly clear that the Democratic Party made gains by mobilizing a section of the upper-middle class.

Far from appealing to the vast working-class discontent with the Trump administration and the capitalist system, the Democrats mounted largely right-wing campaigns that aimed to win support in higher-income suburban areas, which were the main battlegrounds in most of the states where voting took place Tuesday.

The Democrats won the most hotly contested race, for governor of Kentucky, and gained control of both houses of the state legislature in Virginia, overturning Republican majorities. They also made significant gains in local offices in Pennsylvania, a key battleground state in the 2016 presidential election and widely viewed as critical in 2020 as well.

Republicans won the Mississippi gubernatorial race and Democrats retained control of the state house in New Jersey, but these two results amounted to no more than holding serve: Mississippi has had a Republican governor since 2003, while Democrats have controlled the New Jersey state legislature since 2001.

While there are no exit polls in the off-year elections, making impossible a more detailed analysis of who voted and why, the pattern of where the Democrats made gains has an obvious demographic component: In state after state, the biggest change in margins came in suburban areas, particularly those populated by higher-income voters who in the past would have voted Republican, but who began moving toward the Democrats in 2016 and accelerated this movement in 2018 and 2019.

Voter turnout was higher in the suburbs, but not in either the rural or inner-city areas, an indication that workers of all races and backgrounds found little to attract them in either party's campaigns.

The most important aspect of the Virginia vote was this shift by sections of the upper-middle class toward the Democratic Party, which now controls every seat in the state legislature from northern Virginia, by far the most populous and wealthiest region of the state. There is not a single Republican in either state or federal positions elected from the four counties of that region, which is home to the Pentagon, the CIA and hundreds of companies doing contract work for the vast military-intelligence apparatus.

This shift of sections of the upper-middle class was evident also in Kentucky, where Democrat Andy Beshear ran up higher vote totals in the suburbs of Louisville and Lexington, as well as the northern Kentucky suburbs of Cincinnati, Ohio, than the Clinton presidential campaign did in 2016. Even the losing Democratic candidate for governor in Mississippi, Jim Hood, far outperformed Clinton in the Mississippi suburbs of Memphis, Tennessee.

The political appeals made by the Democrats were tailored to avoid offending these higher-income voters. In Virginia, their main issue was gun control -- in the wake of a recent workplace massacre in Virginia Beach -- and improvements in the roads and other infrastructure.

Both Democrats and Republicans claimed to support improvements in education and health care, including a bipartisan bill to expand the state Medicaid program, passed last year. Democrats now control both US Senate seats from Virginia, the governorship and other statewide offices, and both houses of the state legislature.

In Kentucky, there was a similarly narrow focus in the Democratic campaign, but in this case it was directed at Governor Matt Bevin, while the Democrats made little more than token efforts to win the other five statewide races, which were won by Republicans with double-digit margins.

Bevin was the most unpopular governor in the country, largely because of his ultra-right attacks on education and public health. He vilified public school teachers when they engaged in strikes and protests against his efforts to gut their pensions. He targeted the most vulnerable sections of the working class by dismantling Kentucky's state-run insurance exchange, KYNECT, established under Obamacare, and imposing work requirements on Medicaid recipients.

Patrick Martin writes for the World Socialist Website (wsws.org), a forum for socialist ideas & analysis & published by the International Committee of the Fourth International (ICFI).
Related Topic(s): Democrats; Elections Issues; State; Voting, Add Tags
Add to My Group(s)
Go To Commenting
The views expressed herein are the sole responsibility of the author and do not necessarily reflect those of this website or its editors.