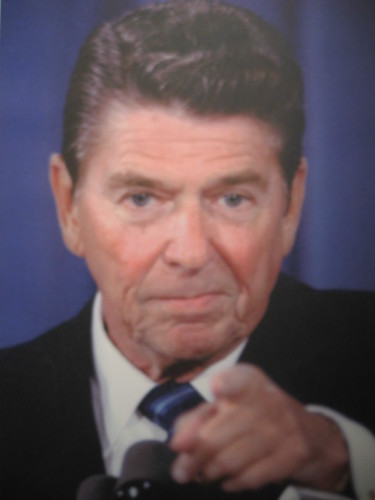 Conservatives have every reason to love Ronald Reagan. He cut taxes hugely on high incomes. Once a union leader, he became a ruthless union-buster. He warred endlessly against welfare.

But the darling of the Right made one sharp Left. His landmark Tax Reform Act of 1986 called for equal taxes on income from wealth and income from work. For the first time in over 60 years, there would be no preferential rate for capital gains. Income earned sitting by the side of the pool would be taxed the same as income earned by cleaning the pool.

Reagan's equal-tax policy was bartered away in fiscal horse trades during the Bush I and Clinton Administrations. Bringing it back for good has quietly become a favorite Democratic position heading into the 2020 elections.

Advocates of lower taxes on capital gains argue that they're needed to "boost entrepreneurship, investment and growth". Without them, they say, America's dreamers wouldn't be able to attract the seed money they need to turn big ideas into reality.

Opponents think otherwise. Just for starters, tax breaks on gains "give a windfall to the wealthy and make long-term budget problems even worse".

There's no question that low capital-gains rates lopsidedly favor the rich. For 2019, the Tax Policy Center estimated that more than 75 percent of the tax benefits went to those with incomes of $1 million or more. The average gain was $155,000--a big number lifted by the big tax-rate difference between investment income and work income.

George W. Bush cut the rate on both long-term gains and dividends to a modern-day low of 15 percent. President Obama raised it to 20 percent and added an Obamacare surcharge on the investment income of high earners. Even with those increases, taxes on unearned income remain far below the top marginal rate of 37 percent on income from work.

The Tax Policy Center also noted that having dual tax rates was an open invitation to use "sophisticated financial techniques to convert ordinary income to capital gains. For top-bracket taxpayers, tax sheltering can save up to 17 cents per dollar of income sheltered." (Of course the shelters themselves are only for the wealthy: nobody else can afford the tax experts it takes to set them up.)

To Buffett they couldn't matter less: "I have worked with investors for 60 years and I have yet to see anyone--not even when capital-gains rates were 39.9 percent in 1976-77--shy away from a sensible investment because of the tax rate on the potential gain. People invest to make money, and potential taxes have never scared them off."

The claim that tax favors on capital gains foster economic growth is part and parcel of what Krugman calls a zombie idea, "an idea that should have been killed by evidence but refuses to die". Despite years of looking, he writes, "Nobody has ever been able to find clear evidence of a link between high-end tax cuts and growth."

Presidential candidate Joe Biden favors equal taxes on all income, but with a huge asterisk: his proposal would apply only to incomes of $1 million or more. The Reagan law had no such threshold--and Biden shouldn't have one either.