"Whistleblower" Frances Haugen is a vital media and political asset because she advances their quest for greater control over online political discourse. 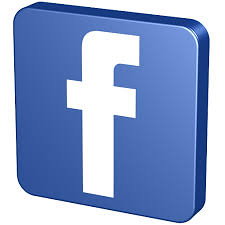 Much is revealed by who is bestowed hero status by the corporate media. This week's anointed avatar of stunning courage is Frances Haugen, a former Facebook product manager being widely hailed as a "whistleblower" for providing internal corporate documents to the Wall Street Journal relating to the various harms which Facebook and its other platforms (Instagram and WhatsApp) are allegedly causing.

The social media giant hurts America and the world, this narrative maintains, by permitting misinformation to spread (presumably more so than cable outlets and mainstream newspapers do virtually every week); fostering body image neurosis in young girls through Instagram (presumably more so than fashion magazines, Hollywood and the music industry do with their glorification of young and perfectly-sculpted bodies); promoting polarizing political content in order to keep the citizenry enraged, balkanized and resentful and therefore more eager to stay engaged (presumably in contrast to corporate media outlets, which would never do such a thing); and, worst of all, by failing to sufficiently censor political content that contradicts liberal orthodoxies and diverges from decreed liberal Truth. On Tuesday, Haugen's star turn took her to Washington, where she spent the day testifying before the Senate about Facebook's dangerous refusal to censor even more content and ban even more users than they already do.

There is no doubt, at least to me, that Facebook and Google are both grave menaces. Through consolidation, mergers and purchases of any potential competitors, their power far exceeds what is compatible with a healthy democracy. A bipartisan consensus has emerged on the House Antitrust Committee that these two corporate giants along with Amazon and Apple are all classic monopolies in violation of long-standing but rarely enforced antitrust laws. Their control over multiple huge platforms that they purchased enables them to punish and even destroy competitors, as we saw when Apple, Google and Amazon united to remove Parler from the internet forty-eight hours after leading Democrats demanded that action, right as Parler became the most-downloaded app in the country, or as Google suppresses Rumble videos in its dominant search feature as punishment for competing with Google's YouTube platform. Facebook and Twitter both suppressed reporting on the authentic documents about Joe Biden's business activities reported by The New York Post just weeks before the 2020 election. These social media giants also united to effectively remove the sitting elected President of the United States from the internet, prompting grave warnings from leaders across the democratic world about how anti-democratic their consolidated censorship power has become.

But none of the swooning over this new Facebook heroine nor any of the other media assaults on Facebook have anything remotely to do with a concern over those genuine dangers. Congress has taken no steps to curb the influence of these Silicon Valley giants because Facebook and Google drown the establishment wings of both parties with enormous amounts of cash and pay well-connected lobbyists who are friends and former colleagues of key lawmakers to use their D.C. influence to block reform. With the exception of a few stalwarts, neither party's ruling wing really has any objection to this monopolistic power as long as it is exercised to advance their own interests.

And that is Facebook's only real political problem: not that they are too powerful but that they are not using that power to censor enough content from the internet that offends the sensibilities and beliefs of Democratic Party leaders and their liberal followers, who now control the White House, the entire executive branch and both houses of Congress. Haugen herself, now guided by long-time Obama operative Bill Burton, has made explicitly clear that her grievance with her former employer is its refusal to censor more of what she regards as "hate, violence and misinformation." In a 60 Minutes interview on Sunday night, Haugen summarized her complaint about CEO Mark Zuckerberg this way: he "has allowed choices to be made where the side effects of those choices are that hateful and polarizing content gets more distribution and more reach." Haugen, gushed The New York Times' censorship-desperate tech unit as she testified on Tuesday, is "calling for regulation of the technology and business model that amplifies hate and she's not shy about comparing Facebook to tobacco."

Agitating for more online censorship has been a leading priority for the Democratic Party ever since they blamed social media platforms (along with WikiLeaks, Russia, Jill Stein, James Comey, The New York Times, and Bernie Bros) for the 2016 defeat of the rightful heir to the White House throne, Hillary Clinton. And this craving for censorship has been elevated into an even more urgent priority for their corporate media allies, due to the same belief that Facebook helped elect Trump but also because free speech on social media prevents them from maintaining a stranglehold on the flow of information by allowing ordinary, uncredentialed serfs to challenge, question and dispute their decrees or build a large audience that they cannot control. Destroying alternatives to their failing platforms is thus a means of self-preservation: realizing that they cannot convince audiences to trust their work or pay attention to it, they seek instead to create captive audiences by destroying or at least controlling any competitors to their pieties.

As I have been reporting for more than a year, Democrats do not make any secret of their intent to co-opt Silicon Valley power to police political discourse and silence their enemies. Congressional Democrats have summoned the CEO's of Google, Facebook and Twitter four times in the last year to demand they censor more political speech. At the last Congressional inquisition in March, one Democrat after the next explicitly threatened the companies with legal and regulatory reprisals if they did not immediately start censoring more.

A Pew survey from August shows that Democrats now overwhelmingly support internet censorship not only by tech giants but also by the government which their party now controls. In the name of "restricting misinformation," more than 3/4 of Democrats want tech companies "to restrict false info online, even if it limits freedom of information," and just under 2/3 of Democrats want the U.S. Government to control that flow of information over the internet:

The prevailing pro-censorship mindset of the Democratic Party is reflected not only by that definitive polling data but also by the increasingly brash and explicit statements of their leaders. At the end of 2020, Sen. Ed Markey (D-MA), newly elected after young leftist activists worked tirelessly on his behalf to fend off a primary challenge from the more centrist Rep. Joseph Kennedy III (D-MA), told Facebook's Zuckerberg exactly what the Democratic Party wanted. In sum, they demand more censorship:

This, and this alone, is the sole reason why there is so much adoration being constructed around the cult of this new disgruntled Facebook employee. What she provides, above all else, is a telegenic and seemingly informed "insider" face to tell Americans that Facebook is destroying their country and their world by allowing too much content to go uncensored, by permitting too many conversations among ordinary people that are, in the immortal worlds of the NYT's tech reporter Taylor Lorenz, "unfettered."

When Facebook, Google, Twitter and other Silicon Valley social media companies were created, they did not set out to become the nation's discourse police. Indeed, they affirmatively wanted not to do that. Their desire to avoid that role was due in part to the prevailing libertarian ideology of a free internet in that sub-culture. But it was also due to self-interest: the last thing social media companies wanted to be doing is looking for ways to remove and block people from using their product and, worse, inserting themselves into the middle of inflammatory political controversies. Corporations seek to avoid angering potential customers and users over political stances, not courting that anger.

Related Topic(s): Censorshop; Corporate; Democrats; Facebook And American Politics; Facebook Groups; Justice Denied; Media; Media Manipulation; Power Consolidation; Whatsapp, Add Tags
Add to My Group(s)
Go To Commenting
The views expressed herein are the sole responsibility of the author and do not necessarily reflect those of this website or its editors.

5 people are discussing this page, with 7 comments