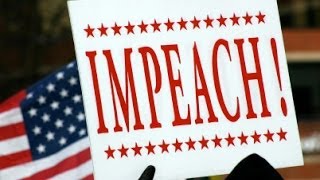 Democrats are already counting their electoral chickens for the midterms -- but their unwillingness to lay out a clear agenda may be about to hand the party their second devastating defeat in two years.

Everyone is playing the Special Election Game.

Tealeaf readers are obsessed. Does last November's Democratic win in the Virginia governor's race presage a Blue Wave or was it simply a reflection of ongoing red-to-purple demographics? Should we be surprised that Alabama sent a Democrat (albeit a conservative one) to the Senate -- or that he nearly lost to an alleged pedophile? What about the latest contest in Pennsylvania -- would a Democratic upset in a GOP congressional district spell the beginning of the end for Donald Trump? Or nothing much at all?

Every midterm election is characterized as a referendum on the incumbent president. But the polarization vortex that is this unique president has raised the stakes far beyond the usual handicapping parlor game.

The rising suspicion that special counsel Robert Mueller may not be able to build enough of a Russia collusion and/or corruption case to bring down the president himself, only some of his associates, has Democrats terrified and appalled. For those who believe that Trump represents an existential threat to democracy and its replacement by a permanent new American authoritarianism, the republic's last, only, best hope before It Does Happen Here is impeachment -- but that would only be possible if and after Democrats have retaken control of Congress next year.

Only a few Democrats have implied -- though not promised -- that they might impeach the president if voters put them back in charge. For Trump-hating Democrats, everything hangs upon winning back Congress and hoping their newly elected officials do the right thing.

70% of Democrats say they want the House of Representatives to hold impeachment hearings.

Democratic strategists are counting on a favorable enthusiasm gap this November, driven in large part by liberals who despise Trump. They pointed to another tealeaf: Texas's early primary voting, where Democratic turnout was double that of 2014. Republican turnout was lower.

But then came election day. Never mind early voting; Republican voters flooded the polls when and where it mattered, on March 6th -- by a three-to-two margin. Democrats lost.

Republicans remain fiercely loyal to Trump, with as many as 90% approving of the president's job performance. (Trump can only claim the support of 9% of Democrats.) The greater the likelihood of a Democratic sweep, the more GOP voters will back up Trump if for no other reason than to deny liberals the satisfaction of removing a Republican president.

"Most conservatives consume pro-Trump media, which will downplay or distort virtually anything Mueller or the mainstream press discovers," Peter Beinart wrote in The Atlantic in December. "And the more aggressively Democrats push for Trump's removal, the easier it will be for Breitbart and Sean Hannity to rally Republicans against a 'left-wing coup.'"

The problem for those who'd like to see Trump legislatively hobbled after 2018 is that, as Musa al-Gharbi noted in The New York Times, Democrats are divided into two camps. There are establishment "Hillary voters" who reliably support any Democratic nominee, and rebellious pro-Bernie Sanders left populists who only show up to vote when the Democratic candidate is credibly progressive. Anti-Trumpism is widespread and evokes passionate responses among Democrats yet its motivational power is effectively canceled out by the party's disunity. As a result, "There does not seem to be an enthusiasm gap between Democrats and Republicans."

The solution for Democrats seems evident: increase the enthusiasm gap by shoring up their left populist base.

First, Democrats should nationalize the midterm elections the way Newt Gingrich did with his "Contract for America" in 1994.

Related Topic(s): 2018; Democrats Progressive; Elections; Impeachment; Republican; Winning, Add Tags
Add to My Group(s)
Go To Commenting
The views expressed herein are the sole responsibility of the author and do not necessarily reflect those of this website or its editors.