When a president creates a constitutional crisis, there is only one remedy. 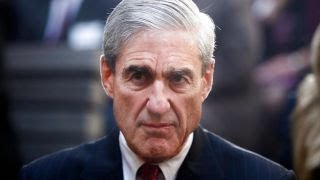 Virginia Senator Mark Warner, the top Democrat on the Senate Intelligence Committee, delivered a powerful warning to the Trump administration and its Republican allies this week, when he declared on the Senate floor that a move by the president to fire special counsel Robert Mueller or to undermine Mueller's inquiry would cross one of the "red lines" that Congress must maintain.

"Any attempt by this President to remove special counsel Mueller from his position or to pardon key witnesses in any effort to shield them from accountability or shut down the investigation would be a gross abuse of power and a flagrant violation of executive branch responsibilities and authorities. These truly are red lines and [Congress] simply cannot allow them to be crossed," explained Warner. "Congress must make clear to the President that firing the special counsel or interfering with his investigation by issuing pardons of essential witnesses is unacceptable and would have immediate and significant consequences."

Warner's right. Though Trump aides deny that the president is angling to shut down Mueller's investigation into Russian meddling with the 2016 presidential election--and a host of other issues that cut close to the president and his inner circle--there can be no question that the Trump team and its media allies have launched a campaign to discredit the special counsel. This has stirred speculation on Capitol Hill that Mueller and his investigation are being attacked in order to clear the way for a firing. So high marks to Warner, and to others who have raised concerns. It is vital to get ahead of these threats.

But if congressional Democrats -- and those responsible Republicans who might be inclined to get on the right side of history -- really want to put Trump on notice, they must take the next step and explain what the "immediate and significant consequences" would be. To do this, Democrats need to start using the word "impeachment." Impeachment begins in the House, not the Senate, so Mark Warner has no responsibility to propose the articles indicting Trump. But members of the House and Senate have a duty to make it clear -- to Trump and to the American people -- that there is a specific and appropriate answer to a gross abuse of power.

Related Topic(s): Accountability; Democrats; Impeachment; Injustice; Mueller Investigation; Republican, Add Tags
Add to My Group(s)
Go To Commenting
The views expressed herein are the sole responsibility of the author and do not necessarily reflect those of this website or its editors.