There is no reason for the FBI to read Americans' emails without a warrant. Why doesn't Nancy Pelosi agree? 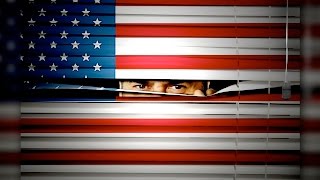 Democrats have been all over the airwaves recently accusing Donald Trump of abusing the Justice Department to go after his political enemies -- most notably his former opponent Hillary Clinton and the Clinton Foundation, which the Department of Justice is reportedly currently investigating based on an allegation made during the 2016 presidential campaign. So you'd think they would oppose handing Donald Trump any more power with which he could potentially use against all sorts of Americans who attract negative attention from his administration.

Yet, with the help of some Democrats, the House of Representatives voted today [Jan 11] -- and the Senate will do so sometime in the next week -- to extend a controversial NSA surveillance power that potentially affects millions of Americans' privacy rights.

The bill is an extension of what's known as Section 702 of the Foreign Intelligence Surveillance Act (FISA), which allows the NSA to warrantlessly target people in other countries who are communicating with Americans -- which means that they collect the personal communications of Americans without their knowledge.

Currently, the NSA has over 100,000 foreign nationals under this type of surveillance now, but it also has the communications of the potentially millions of Americans they've talked to, texted with and emailed over the course of the surveillance. The FBI has access to this vast database of information and regularly searches it like Google without a warrant, for crimes that have nothing whatsoever to do with terrorism...

Privacy advocates have long argued this practice is unconstitutional, and any American agency should need a warrant to go back into that vast NSA database of Americans' communications and date in order to mine it for information -- like the Fourth Amendment requires.

But with Section 702 expiring next week, the Trump administration has of course, demanded that Congress pass an extension with supposed "reforms" that do hardly anything to stop the feds from abusing their powers and actually codify the ability for the FBI, in many cases, to search Americans' emails without a warrant.

Related Topic(s): Democrats; Domestic Abuse; Domestic Surveillance-Wiretapping; NSA; Surveillance, Add Tags
Add to My Group(s)
Go To Commenting
The views expressed herein are the sole responsibility of the author and do not necessarily reflect those of this website or its editors.