If the Democrats trade a faux billionaire for a legit billionaire, then they haven't learned much from the last four years. 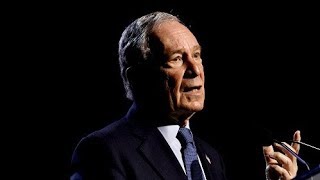 One of the world's wealthiest men has decided to try to buy his way into the Democratic presidential primary. Good. Former New York City mayor Michael Bloomberg's late-starting bid gives the party a chance to define what it will be in 2020 -- and, hopefully, what it will not be.

Bloomberg, who unlike the current occupant of the White House is a seriously rich man, entered the Democratic race in business-like fashion -- with a Monday-morning brand launch. He's telling us what we already know -- that Trump represents an "existential threat to our country and our values," but he is saying it loud, with a $31.5 million ad buy.

That kind of spending gets political insiders salivating, especially when they know it's coming out of Bloomberg's very deep well of personal wealth. Ironically, with all that paid media comes lots of free media. As with Trump, Bloomberg's money will get him all the attention that our broken media system's fixation with wealth and power can "buy."

For Democratic voters, however, what matters is not this horse race calculus. It is the deeper question of the direction that will be taken by a party that must define itself in order to defeat not just Donald Trump but also the scourge of Trumpism. If Democrats decide that the answer to a faux billionaire is a legit billionaire, then they have not learned much from the past four years.

Related Topic(s): Billionaires; Democrats; Election; Michael Bloomberg; Politics; Trump, Add Tags
Add to My Group(s)
Go To Commenting
The views expressed herein are the sole responsibility of the author and do not necessarily reflect those of this website or its editors.