From To The Point Analysis 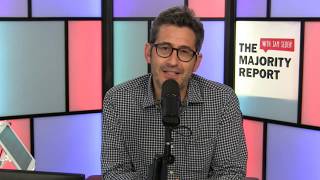 Part I -- On the Domestic Front

The rise to power of Donald Trump destroyed the traditional Republican Party. Most of the moderate conservatives fled into the ranks of the independents and were replaced by a radical right amalgamation of racists, misogynists, conspiracy theorists, assorted "tea party" types and warmongers. In the background also exists support from religious fundamentalists yearning for Armageddon. If you want to get a snapshot of Trump's new Republicans, just read up on the 200 right-wing social media radicals the president hosted at the White House on Thursday, 11 July 2019. Perhaps their greatest collective desire is to smear Democrats generally and, specifically, malign progressives. These are Trump's new Republicans. They certainly reflect a segment of the American population. A crucial question is just how large a segment are they.

While Trump was transforming the Republican Party for the worse, the Democrats held on to their traditional party leadership and makeup. Alas, this is not necessarily for the better. This can be seen in the timid behavior of the traditionalists, who still hold party power: Nancy Pelosi in the House and the "divinely inspired" Chuck Schumer in the Senate. These Democrats are following the traditional strategy of accommodation and compromise even as they face, more and more, a political opposition of thugs.

Such adherence to old ways even as the nation spins off in a different, more dangerous right-wing direction, has raised up opposition within the Democratic Party. The challenge comes from an as yet small number of House of Representatives progressives such as Rep. Alexandria Ocasio-Cortez, D-NY, and her so-called "squad": Rashida Tlaib, D-MI, Ilhan Omar, D-MN, and Ayanna Pressley, D-MA. In the Senate there is, of course, the ever-energetic Bernie Sanders, D-VT, and Elizabeth Warren, D-MA. They seem to understand, much more than the traditionalists do, that pursuing a strategy of compromise with those "across the aisle" is no longer a reasonable goal. Indeed, the goal should now be Democratic Party dominance and the marginalization of the Trump Republicans. Such a hard line on the part of the Democrats is no doubt what the present political environment calls for, but like all leaders too long in power, Pelosi and Schumer are loath to give up control, or change strategy.

This dilemma has manifested itself mostly in domestic policy. The latest failure on the part of the Democratic leadership to hold a progressive line came with a bill that provided $4.5 billion in emergency money for facilities housing immigrants on the nation's southern border, and especially for children separated from their parents under Trump's draconian anti-immigrant policies. The original bill specified "new safety and care standards for the border authorities working with migrants provisions demanded by liberals." However, congressional Republicans as well as "moderate" Democrats who are unwilling to aggressively challenge the racist anti-immigrant voters of their own districts forced the deletion of any specific standards. For the Democratic progressives this equaled throwing money at Trump to spend as he wishes. The equivalent Senate bill, without specific standards to guide the use of the funds, passed easily. The Senate minority leader, Chuck Schumer, seemed unwilling to challenge it, leaving the House progressives in a nearly hopeless position. As one Democratic House aide put it, "We're toast. Schumer fed us."

So we now have a split in the Democratic Party, at least in the House, as progressive voices become louder and stronger. The Democrats in the Senate, however, remain largely traditionalist.

It is painfully clear that most Democrats are confused and inconsistent when it comes to foreign policy. Consider this sequence of events:

Back in March of 2019, "Nearly 400 members of Congress, from both chambers -- roughly 75 percent of all federal US lawmakers -- signed an open letter calling on President Trump to escalate the war in Syria, in the name of countering Iran, Russia, and Lebanese Hezbollah. ... Among the signatories are 2020 Democratic presidential candidates Kamala Harris, Kirsten Gillibrand, and Cory Booker." Also signing the petition was Nancy Pelosi and Chuck Schumer.

Then, four months later, in July of 2019, "Lawmakers passed two amendments to the House's more than $730 billion national defense budget that would restrict Trump's ability to go to war with Iran without congressional approval, and also put a check on Trump's relationship with Saudi Arabia, an alliance the administration has been using to escalate tensions with Iran."

So what happened between these two events? Between March and July the Trump administration increased its sanctions on Iran and has threatened the Europeans with sanctions if they fulfill their contractual obligations to Iran under the original nuclear agreement. Then the president sent a naval and air armada to the Persian Gulf area. This constituted a form of brinkmanship whereby any small accidental encounter of American and Iranian forces could escalate into war.

We can look upon the March petition as a form of theory. Probably drawn up by real warmongers in the Congress, almost everyone jumped on board. They did so to show -- to show whom? -- that they were tough on the nation's alleged enemies. At the time, it seemed a cost-less show of face. Then, come July, theory looked like it was about to turn into practice and the ghosts from wars in Vietnam to Iraq and Afghanistan started to appear before the bipartisan eyes of members of Congress.

While very few lawmakers will admit it publicly, Syria, Iran, and Hezbollah represent absolutely no threat to the United States. Take the case of Syria. The Syrian government has all but won its war against rebelling factions and fanatical religious elements. Its interests and capabilities are limited to consolidating that hard-fought victory. The continuing violence in the country comes largely from the military activity of the U.S., Britain, Israel, and Turkey. At least in the case of the U.S. and Israel, the main reason for this continued victimization of the people of Syria is to keep the country destabilized and fragmented.

Related Topic(s): Democracy; Democratic Cowards; Democratic Party; Iran; Israel; Sanctions; Syria, Add Tags
Add to My Group(s)
Go To Commenting
The views expressed herein are the sole responsibility of the author and do not necessarily reflect those of this website or its editors.